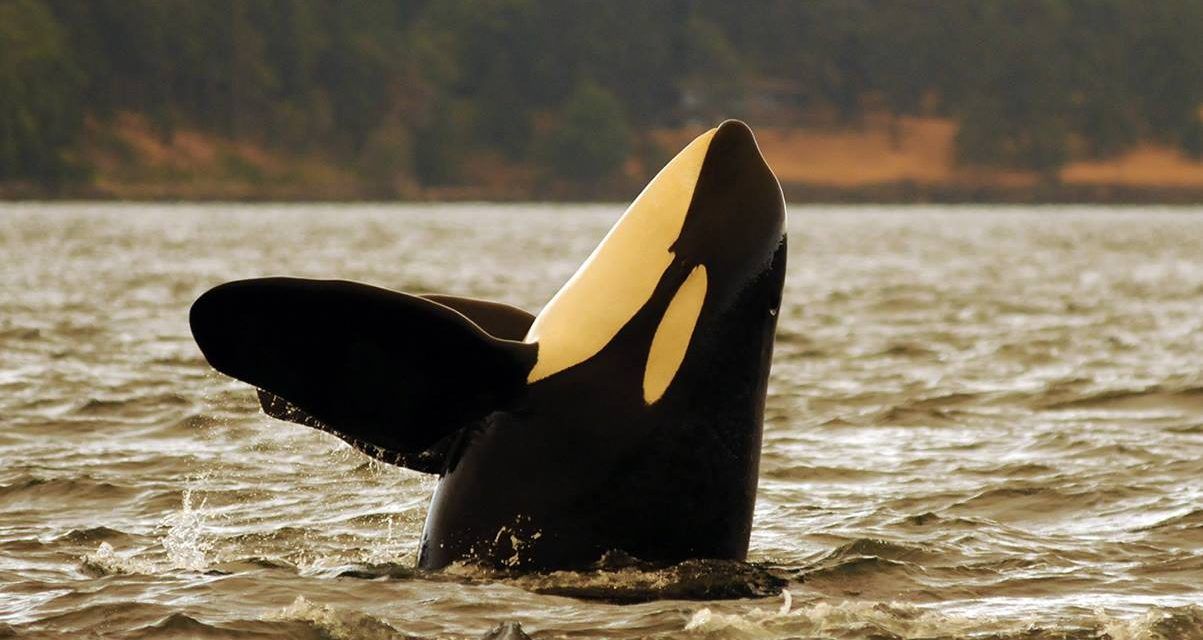 In a significant loss to the Southern Resident killer whale (SRKW) community, an orca named Crewser has been declared dead after an absence from whale counts for the past seven months.

Crewser’s death puts the the SRKW population at 75— its lowest since 1984.

SRKWs spend their time traveling between the inland waters of Washington state and southwestern British Columbia most of the year. In 2001 and 2005, respectively, Canada and the United States listed the SRKW population of whales  as endangered.

This news comes from the Center for Whale Research (CWR), which has been monitoring the SRKW population since 1976. According to the CWR, there have been eight deaths in the SRKW community since 2016.

The deaths are blamed on a decline in Chinook salmon, the whale’s main prey, as well as noise and boat traffic.

SRKWs rely heavily on Chinook salmon as a key food source. Unfortunately, these fish populations have declined substantially, falling by about 60% from 1984 to 2010. This decline is attributed to harvest rates, habitat loss, and climate change. Chinook salmon’s habitat has been adversely affected by many human activities including timber harvesting, agriculture, and urbanization.

Additionally, ship traffic is a significant concern for the SRKW population. In March 2018, Washington State government took action and directed the Washington Department of Fish and Wildlife (WDFW) to take several immediate actions to benefit southern resident killer whales, including working to reduce the presence of toxic contaminants in Puget Sound, increasing hatchery production of Chinook salmon and other prey species and establishing a task force to develop a long-term plan for orca recovery and sustainability. WDFW also asked boaters to avoid a zone where the local orca population habituates.

Despite some recovery after many captures and kills of orcas in the 1950s and 1960s for amusement parks, these whales are in trouble again. This recent death, coupled with research from the CWR, is a clear sign that strong action is needed to protect these marine mammals. Unfortunately, conservation and advocacy groups are warning that the controversial Canadian Trans Mountain Pipeline Expansion Project is set to threaten these beautiful creatures’ home even further.