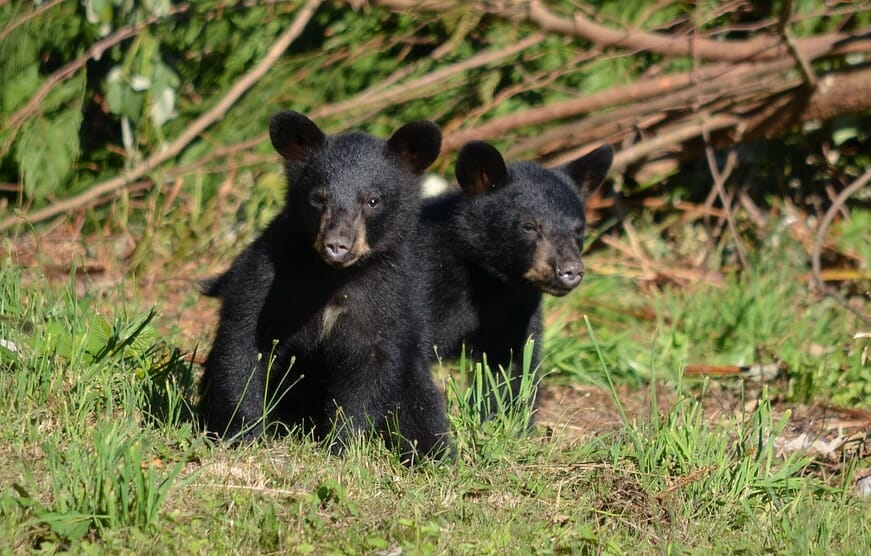 UPDATE (10/5/20): This year’s bear hunt in New Jersey will be the last, according to Gov. Phil Murphy. The New Jersey Fish and Game Council recently proposed an amendment to the game code, which would suspend all black bear hunting after 2020. A plan to control the bear population with non-lethal methods will be proposed, as well.

Black bears in New Jersey are lured to their deaths by trophy hunters, who bait them with sugary food before killing the unsuspecting animals, according to the Humane Society of the United States. Even baby bear cubs aren’t safe from this appalling cruelty, as New Jersey is one of only two states to allow the killing of baby bears.

Hunting black bears is prohibited on state lands — including state forest, parks, recreation areas, historic sites, natural areas and wildlife management areas — but hunters use rotting food as bait to lure them away from state lands, where they are legally slaughtered.

Unless something is done soon, black bears will suffer needless cruelty to satisfy trophy hunters. Sign this petition urging Gov. Phil Murphy to suspend the black bear hunting season in 2020 until legislation to end the baiting and killing of baby black bear cubs is introduced for a full floor vote.