SIGN: Justice For Coyote Pups Killed And Strung Up On Display 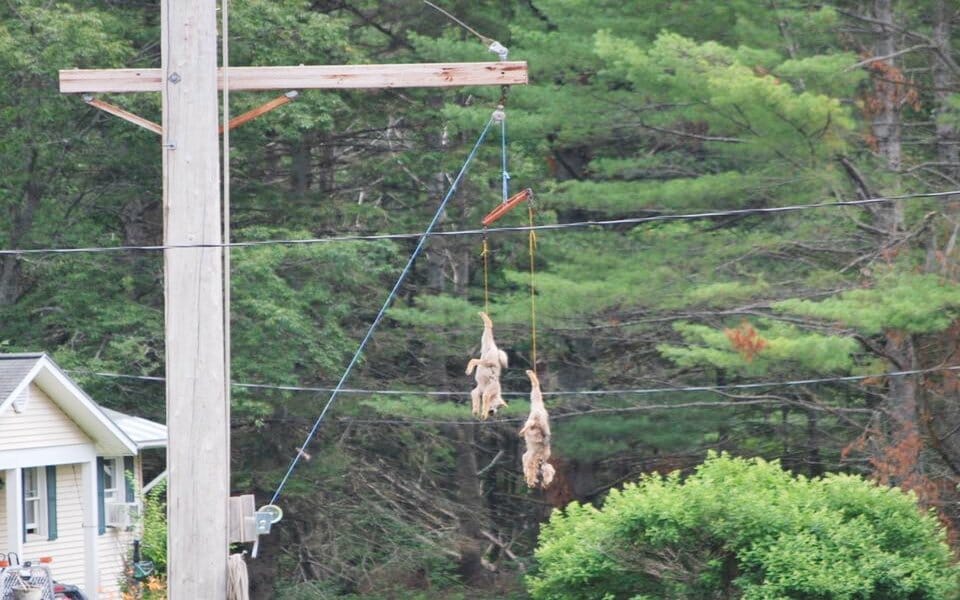 Two young coyote pups were dangled by their feet from a utility pole in front of a home in Vermont’s rural Essex County. The grisly sight took place on a main road and horrified people who passed by. These innocent victims were hunted, killed, and hanged in a smug showcase of vanity.

Brenna Galdenzi of the group Protect our Wildlife was shocked when she saw these poor creatures strung up for a gruesome display. Outraged, she told New England Cable News, “I don’t really think there’s any other way to look at those photos than to be completely appalled.”

Because these pups were hanged on private property, no current laws were violated. Coyotes can be hunted all year in Vermont. In fact, it’s open season on coyotes year-round in most of the US. Even more sickening, most states hold annual coyote-killing contests that are nothing short of “gruesome celebrations of slaughter,” as reported by The Washington Post.

Vermont has recently become the 2nd state to ban these horrific contests, but we need more. Animal advocates are calling for change. However, the Vermont Fish and Wildlife Board recently denied a petition to restrict coyote hunting. We must speak out to save coyotes and other animals from such brutal treatment.

Sign this petition to urge Governor Scott to call for legislation that would protect coyotes and end barbaric practices such as stringing them up like criminals on display.