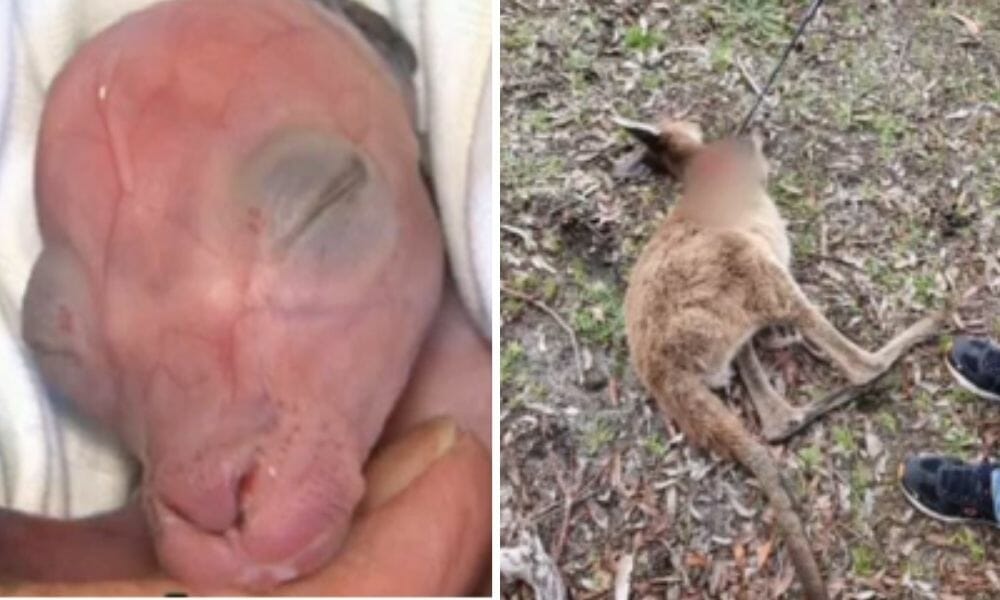 A five-month-old baby kangaroo is now without his mother after she suffered from a cruel and horrific bow and arrow attack, which led to wildlife workers euthanizing the parent, according to 7NEWS.

The sickening attack in Brabham, Australia follows an earlier act of animal abuse in the area, where two more kangaroos — one with a tiny 16-week-old joey still in her pouch — were struck down with hunting arrows, again leaving a little baby without his mother.

“I didn’t think for a minute that ten days later, we’d be sitting here with another two kangaroos that have been attacked by somebody with bows and arrows,” said Wildlife Care WA volunteer Lyn Manuel. “The ones that we found ten days ago were killed with hunting arrows. The ones that were found Sunday had target arrows in them, and they were still alive and trying to hop around the paddock.”

Joeys are largely dependent on their parents, and without them, they likely can’t survive in the wild. These orphaned babies and their slain mothers deserve justice.

Whoever is responsible for the murder of these innocent kangaroos must be prevented from ever harming another animal. Sign this petition urging Western Australia’s Minister for Environment, Hon Stephen Dawson, to fully investigate these cruel crimes, finding and charging the perpetrator(s) to protect all wildlife in the country.