SIGN: Stop Hunters from Shooting Helpless Bear Cubs In Their Own Dens 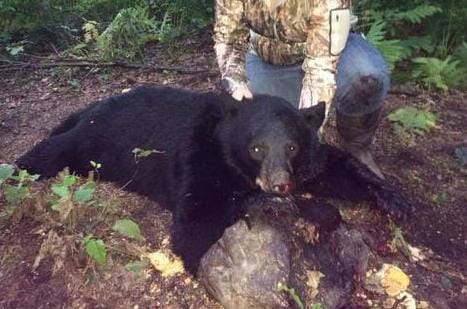 UPDATE (12/23/2021): The Trump Administration enacted these horrifying changes, which allow hunters to kill wolves, coyotes, and their pups during a season when mothers are weaning their youngsters and also to allow hunting bears with dogs, according to The New York Times. We are disturbed and disgusted with the authorization of such viciously cruel tactics, and we will continue doing all we can to advocate for wildlife. —Lady Freethinker Staff

Unsuspecting black bear mothers and their innocent cubs are in danger of being shot to death inside their own dens at Alaska’s national preserves if Obama-era regulations are reversed by the current administration.

The horrifying reversal would also allow wolves and their pups to be slaughtered in their dens during a time when vulnerable pregnant females are trying to safely give birth. Bears and wolves could be forced out of their homes with artificial lights or baited into shooting range with tempting foods such as doughnuts.

In addition, hunters will have the right to shoot defenseless caribou while the animals are swimming away from motorboats.

The proposed changes by the National Park Service would be severely detrimental to wildlife and the environment. And they must be prevented.

Sign this petition urging the U.S. Secretary of the Interior David Bernhardt to halt a reversal of the current legislation, which protects wildlife and the environment from unnecessary and barbaric hunting methods.