SIGN: Stop Cruel Festivals Where Terrified Bulls Are Tied Up and Set On Fire 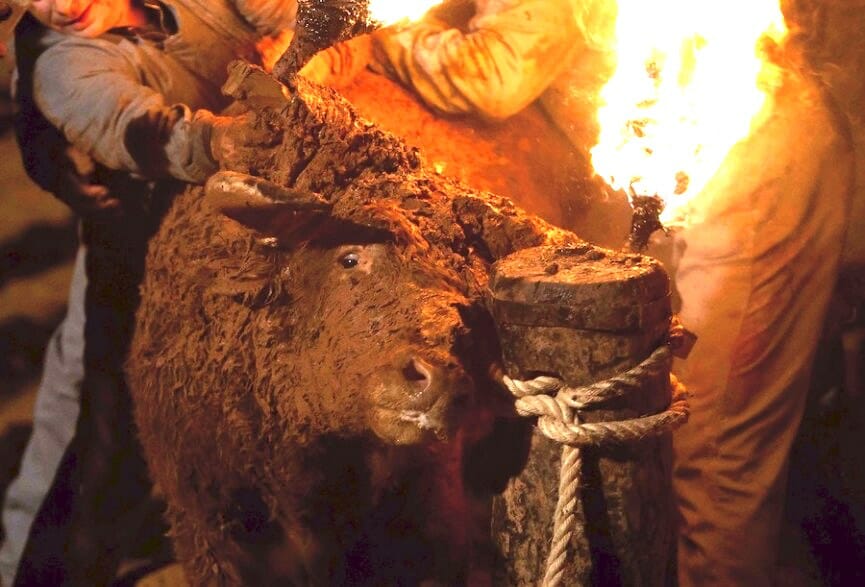 UPDATE (6/7/2022): We sent our petition, signed by more than 33, 000 people, to the Spanish Ambassador to the United States. Thank you to everyone who signed our petition! Despite multiple checks back, we have not been able to obtain any additional information about this tragic situation. We will keep doing all we can to advocate for animals. — Lady Freethinker Staff

Pinned down by 20 men and bound with rope, a bull was covered in mud and set on fire during a traditional festival in Medinaceli, Spain. After he was released, the bull writhed in agony, desperately trying to put out the flames while fireworks were set off around him, sending him into an even greater state of terror. 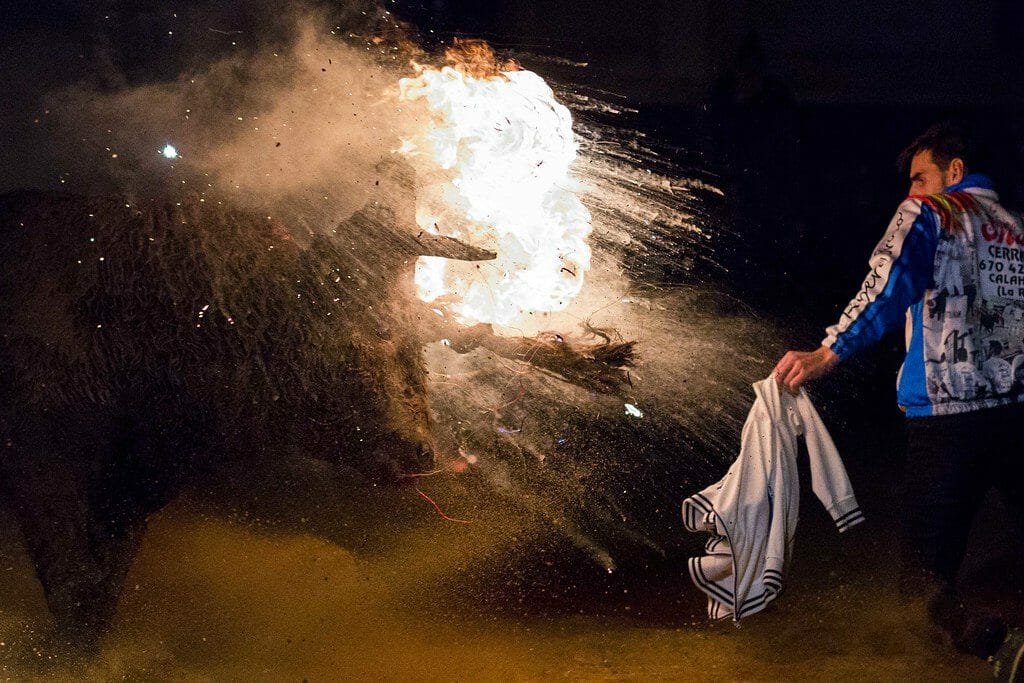 This sort of abuse is sadly a common reality for bulls in the many festivals which occur throughout villages in Spain. While these ceremonies date back to the 16th century, the way in which these beautiful animals are treated is cruel and clearly outdated. During one bullfight, a calf was brutally stabbed to death solely for entertainment. 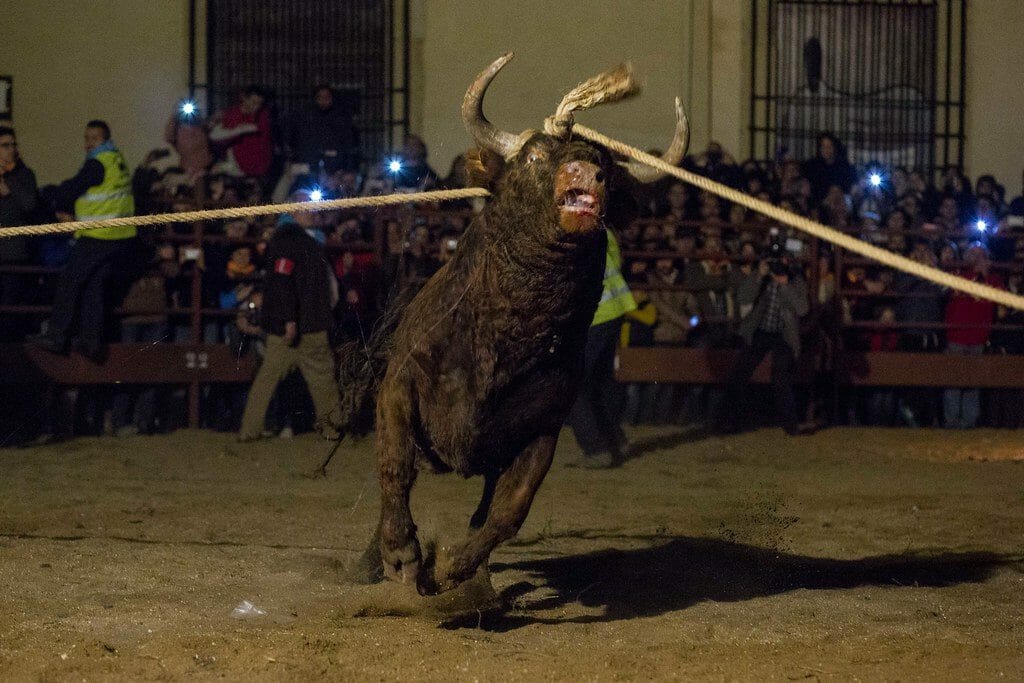 “During the local festivities in Spain, bulls are immobilized, tied up and pulled with ropes, assaulted, forced to run, thrown into the sea and lit up with torches attached to their horns,” said a spokesperson from CAS International. If bulls survive the event, they are often killed afterwards.

We must take action to help stop these cruel and horrific acts. Sign this petition to urge the Spanish Ambassador to the United States to take action and call on his government to finally put an end to these inhumane and devastating festivals.