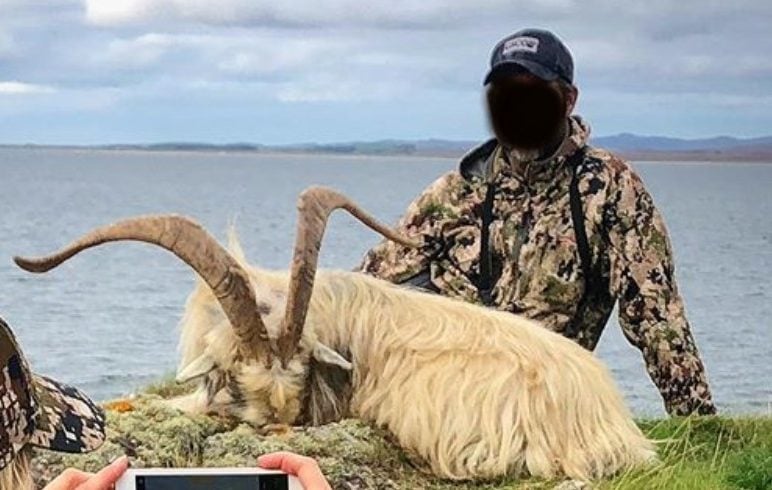 Wild goats are still being stalked and slaughtered in Scotland, with trophy hunters paying up to $1,250 USD to brutally gun down the innocent animals, despite a promised review made years ago by the Scottish government.

Pictures of dead goats, their lifeless bodies splayed out beside grinning humans, surfaced in 2018 when publicized by a U.S. TV host and sparked international outrage. The Scottish government then said they’d review their country’s shooting laws.

But that review has since been delayed, with the government citing the COVID-19 pandemic. In the meantime, innocent animals are dying horrific deaths by high-powered weapons – with their grisly demises then inhumanely “glamorized” on social media.

The Scottish Green Party has condemned the cruel advertisements for goat shootings that target “a small cabal of wealthy trophy hunters who take pleasure from killing animals,” according to The Ferret.

The Scottish government has said they support goat “management” to conserve land – but trophy hunting is not conservation. It’s a blood sport.

No company should ever offer the chance to kill animals for “fun,” and no country should ever capitalize off the slaughter of its majestic and beautiful wildlife.

Sign our petition urging the Scottish Government to enact a ban on goat trophy hunting and also prohibit the import or export of slaughtered animal “trophies.”