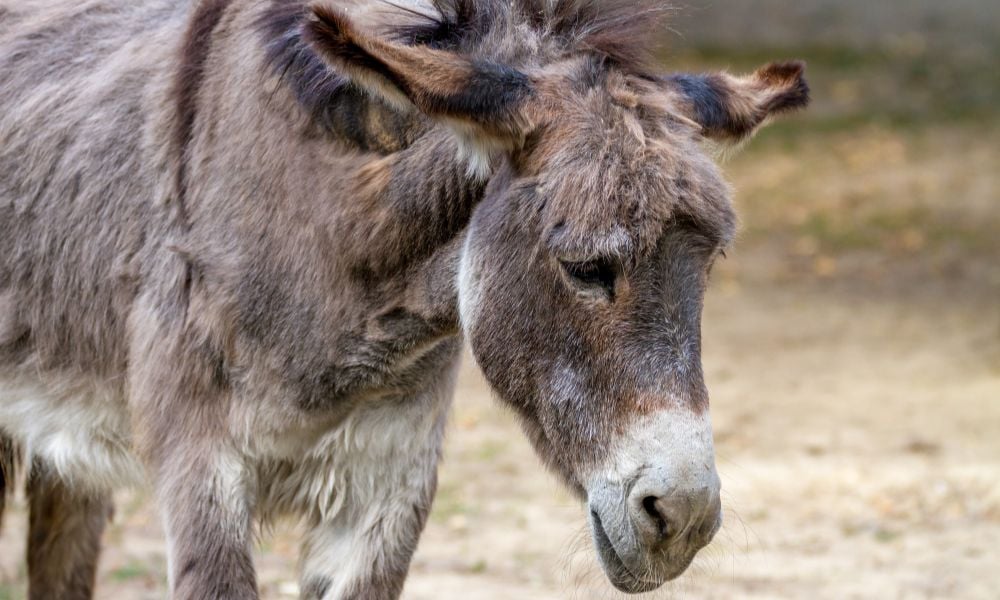 Intelligent donkeys are being crammed en masse into transport trucks, bludgeoned to death with hammers and axes, and then skinned so their stolen hides can be boiled to create a “hide glue” that can sell for as much as $400 a pound on the black market.

An estimated 4.8 million donkeys are dying each year to cater to increasing demand for Ejiao (pronounced eh-gee-ow) — the gelatin released from the donkeys’ boiled skins that is unnecessarily used for beauty products, snacks, and candy.

Donkeys are extremely intelligent, sentient beings who form lifelong bonds. But their journeys — and their deaths — for the cruel Ejiao trade are brutal.

Often sold for “quick cash” in impoverished countries, the donkeys are forced to march hundreds of miles without food, water, or rest, or are herded into transport trucks, where handlers often tie their legs together and pile them on top of each other or even strap the living animals to the tops of the trucks, according to Science.

Donkeys often arrive at slaughterhouses with broken or severed limbs and serious injuries, only to be killed with hammers, axes, or knives before their skins are exported and their bloody corpses are cast aside as unusable, according to nonprofit The Donkey Sanctuary.

While the brutality toward these innocent donkeys takes part overseas, the United States has a significant role in their suffering as the third largest importer of products containing Ejiao.

Now, a bill could help end this vicious cycle of cruelty  — but it’s running out of time in this year’s legislative session.

HR 5203, also known as The Ejiao Act, would prohibit the knowing sale or transport of Ejiao or products containing Ejiao in interstate or foreign commerce. But the bill has been stuck in the Energy and Commerce Committee’s Subcommittee on Health since September 2021.

It’s critical that legislators act quickly on this lifesaving legislation — or re-introduce the legislation for timely passage in the next one.

Sign our petition urging legislators to revive and quickly pass the Ejiao Act, which would help save the lives of countless donkeys by curbing demand for this product created from donkeys’ serious pain and suffering.