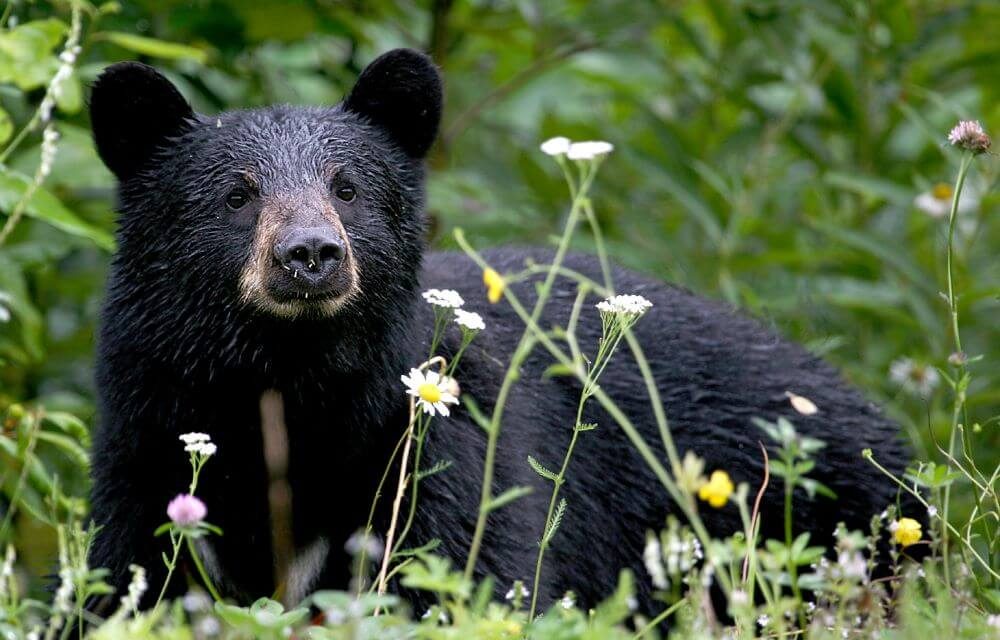 UPDATE (5/9/2022): The North Carolina Rules Review Commission received 439 pages of letters opposing the state’s commission to allow hunting in three bear sanctuaries and remove the ‘sanctuary’ designation from dozens of others, and state law requires a legislative review. Legislators in response have filed HB 1072, the Prohibit Killing Bears in Bear Sanctuaries Bill, and we’re redirecting our petition to the legislators to encourage them to do the right thing for these innocent bears. This preventable problem does not require a lethal solution, especially given that these bears have moved as far into the back country as they possibly can to be away from humans who have encroached on what was formerly their land. The bill was in committee as of May 27. We’ll keep watching this case. —Lady Freethinker Staff

Young black bears who are just starting to live life away from their caring mothers in three North Carolina bear sanctuaries will soon likely be shot to death or attacked by dogs, following a decision by wildlife officials to roll back sanctuary protections established in 1971.

While the animals have freely roamed the forests — their natural territory and homelands — for decades, a recent decision by the North Carolina Wildlife Resources Commission (NCWRC) to allow hunting in three bear sanctuaries will put their lives at risk, starting in 2022.

The NCWR cited increasing numbers of black bears, and increasing numbers of human-bear conflict, as the prime reasons for their unprecedented move. But opponents — including area residents, nonprofits, and nature photographers — say that it has been people’s careless actions that are leading to the conflicts.

Allowing indiscriminate killing also likely won’t target the “problem” bears, but rather the newly independent adolescent bears “who have not yet developed the skills to elude the packs of vicious dogs and hunters,” according to comments in The Guardian.

The move also has been denounced by thousands of residents during the public comment period prior to the commission’s announcement — with a reported 86 % of the 2,744 people who commented opposing the proposed hunting in bear sanctuaries.

Bears living in their natural habitat do not deserve to die, indiscriminately, for people’s mistakes. This forest land must remain designated bear sanctuaries — not bear “management” areas.

Sign our petition urging the North Carolina Wildlife Resources Commission to immediately reverse its decision and prohibit hunting in these bear sanctuaries, and to instead focus their efforts on better educating people about effective preventative measures.