SIGN: Outlaw Leaving Dogs Chained Up to Die in Hurricanes 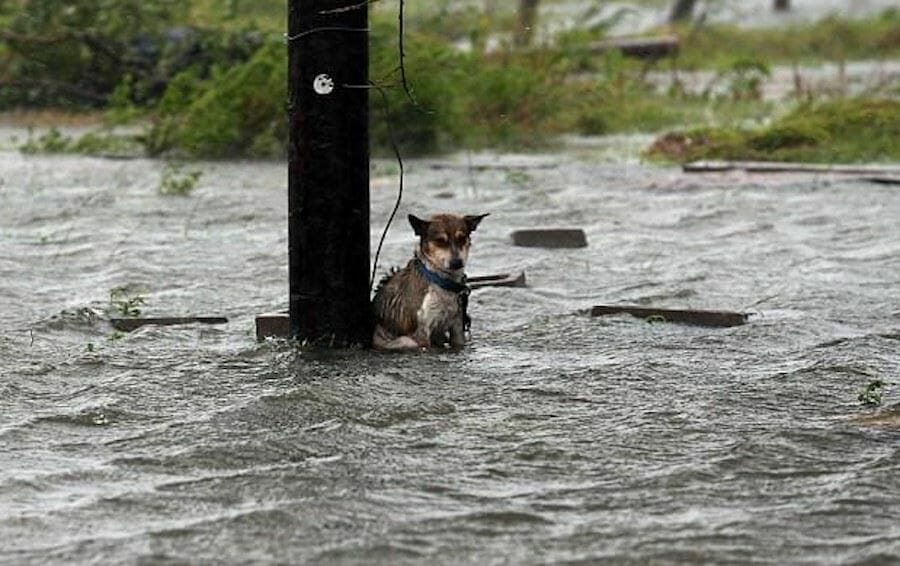 UPDATE (6/1/19): Unfortunately, this bill did not pass. Thank you to all who signed the petitions to protect pets during natural disasters.

Imagine you’re wet, cold, and tied to a post, shivering for warmth that won’t come as rising water swallows you up to your neck. The harder you try to flee, the harder the chain chokes your neck. You gasp for breath in a panic, with no hope of escape.

This is the reality for far too many pets abandoned during natural disasters.

But Senate Bill 1738 in Florida could help right this wrong. If passed, leaving companion animals restrained outdoors during natural disasters would be considered an act of animal cruelty under state law. The crime, classified as a first-degree misdemeanor, could mean a fine of up to $5000 or a year in jail.

“Tethering them up during disasters is like sentencing them to death,” said Aakash Patel, Tampa, Florida, resident evacuated prior to Hurricane Irma, to AccuWeather.

The bill was unanimously approved in the Florida Senate and is now on its way to the House.

If Senate Bill 1738 passes, it will go into effect July 1. June marks the beginning of hurricane season in Florida.

No animal should be left to die during a disaster. Passing this bill means protecting pets when they need it the most.

Sign this petition urging Florida House Speaker Jose Oliva and Florida Governor Ron DeSantis to work to pass Senate Bill 1738 into law to hold animal abandoners accountable and make sure no pet is left behind.