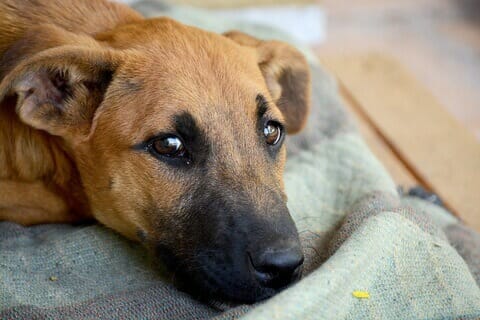 When animal abusers are arrested and animals seized for their own protection in animal cruelty cases, state and local governments often are forced to pay for the animals’ care during the lengthy court proceedings that follow.

Several recent, horrific animal cruelty cases in the Kentucky underscore the burden that can fall on local governments and shelters. In one case, authorities seized more than 100 neglected animals from an abusive owner. In another, 132 dogs and nine cats were seized from a puppy mill, where conditions were described as “horrid and deplorable.”

Animals seized in these cruelty cases, often considered “evidence”, must be housed and cared for while their abusers await a court’s judgment via trial. That care can cost counties more than $100,000, according to 89.3 WFPL.

It’s time abusers to pay for that needed care, caused by their actions, and a new bill would make that happen.

Kentucky Representatives Kim Banta (R) and Cherlynn Stevenson (D) have joined forces on a “cost of care” bill in the state legislature that would allow law enforcement and animal control officers who remove animals from harm’s way to petition courts to require the animals’ owners to pay for their care. Bill Request 290 also establishes other penalties and prohibits killing seized animals, except when a veterinarian determines that doing so would be the more humane option.

When traumatized and abused animals are seized, taxpayers are too often left picking up the tab, Banta said.

“[Under the new legislation], if a court finds the agency has met the burden for the removal of the animals, the owner must post bond to cover the cost of caring for the animals, so the taxpayers aren’t,” she told 89.3 WFPL.

Kentucky is one of only 12 states that does not have such a law.

Sign this petition to urge Kentucky Speaker of the House David Osborne to support this measure, rally other lawmakers around it, and bring it to the floor of the House for a vote.