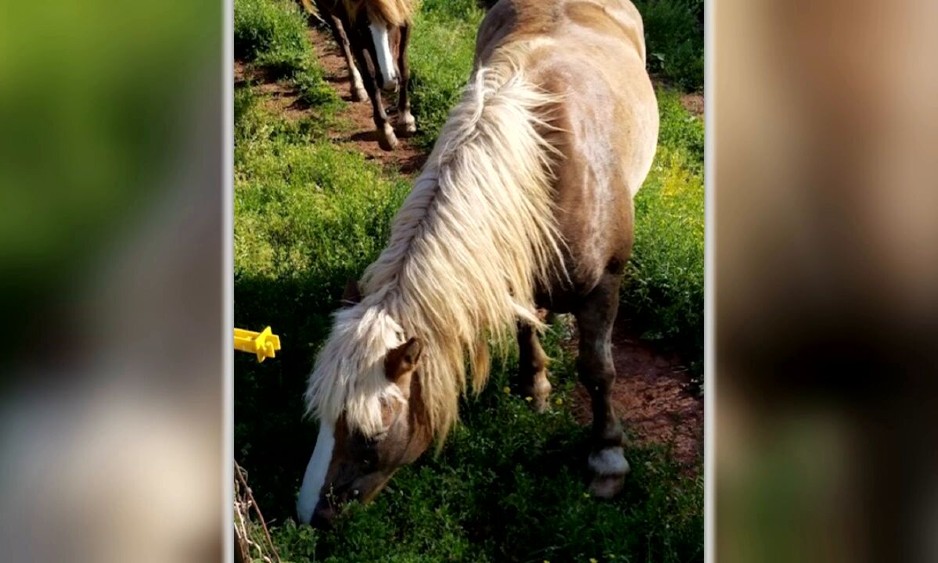 A charismatic, 14-year-old horse named Sweet Tea was found dead after being shot between his chest and front leg in Buncombe County, North Carolina.

The placement of the wound makes it seem like the fatal shot was intentional, Sweet Tea’s guardian Anita Mack told news.

“It’s just cruel,” Mack exclaimed. “Sweet Tea didn’t have a mean bone in his body, and for someone to have done this to him is heartbreaking.”

Despite “No Trespassing, Hunting, or Fishing” signs to mark the boundary lines, the Macks also reportedly had another horse injured several months ago but stayed silent out of fear of retaliation.

“We have had the [no hunting] signs shot full of holes, and turkey feathers stuffed into the holes to taunt us,” Mack alleged. “We’ve had hunters who have cut our fences. In the wintertime, is when it’s the most obvious, when you can see the blood trail where they have dragged a deer back out of our pasture into the neighbor’s property, then finally get back into the game land property.”

Sweet Tea was merely 10 feet away from one of these signs when he was brutally shot to death, according to news reports.

This beloved horse did not deserve to die such a brutal death. The Mack family and Sweet Tea deserve justice.

It’s crucial that authorities send a strong message that shooting down people’s beloved companions will never be tolerated — nor will the illegal killing and taking of other animals.

Sign our petition urging the Buncombe County Sheriff’s Office to use all available resources to identify the person(s) responsible for Sweet Tea’s death and forward any animal cruelty charges on to a prosecutor. We’re also asking the North Carolina Wildlife Resources Commission to fully investigate allegations of poaching and crack down on any violators.

Help Asheville Bears is offering a $5,000 reward to anyone with information that may lead to an arrest. If you have information on who is responsible for Sweet Tea’s death, call 855-SOS-BEAR or submit a tip online here.