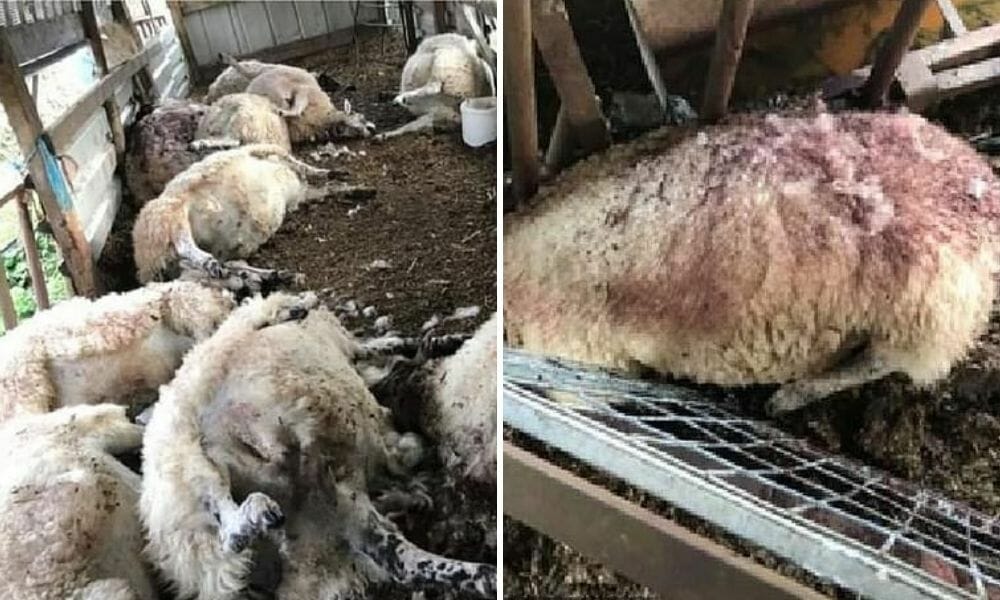 UPDATE (4/4/2022): Three suspects aged 53, 26, and 25 were arrested but later released with no charges filed against them, according to Derbyshire Constabulary Communication Officer Nicola Hall. The investigation is no longer active, but officers will re-open the case if new information comes to light. Hall said people with any information should reference 20*583541 and contact the police via Facebook, Twitter, their Website via the online contact form at www.derbyshire.police.uk/contact/af/contact-us/. People can also anonymously contact the independent charity Crimestoppers, on 0800 555 111 or by visiting www.crimestoppers-uk.org.

In the “worst case of animal cruelty” one top cop has ever seen, a flock of defenseless sheep had their throats slashed in South Derbyshire, England. Five of the innocent animals survived the attack despite their stab wounds, but 12 bled to death, according to Derbyshire Live.

Stephen and Carol Clamp’s 10-year-old, disabled grandson found the sheeps’ lifeless bodies butchered in the shed. Not realizing what had happened, he thought they were just sleeping.

Three men were arrested on suspicion of criminal damage but then released while the investigation continues.

The family is devastated and heartbroken, and whoever is responsible for this horrifying attack must answer for their crimes.

Sign this petition urging the Derbyshire Police to use all available resources to fully investigate this case, finding and charging the person(s) responsible for this senseless slaughter.

This is an ongoing investigation. Anyone with information about the attack is asked to contact the Derbyshire police quoting the reference 20*583541 by calling 101, calling Crimestoppers anonymously at 0800 555111, or reaching out via Facebook or Twitter. The name of the officer on this case is PC Leanne Bull.