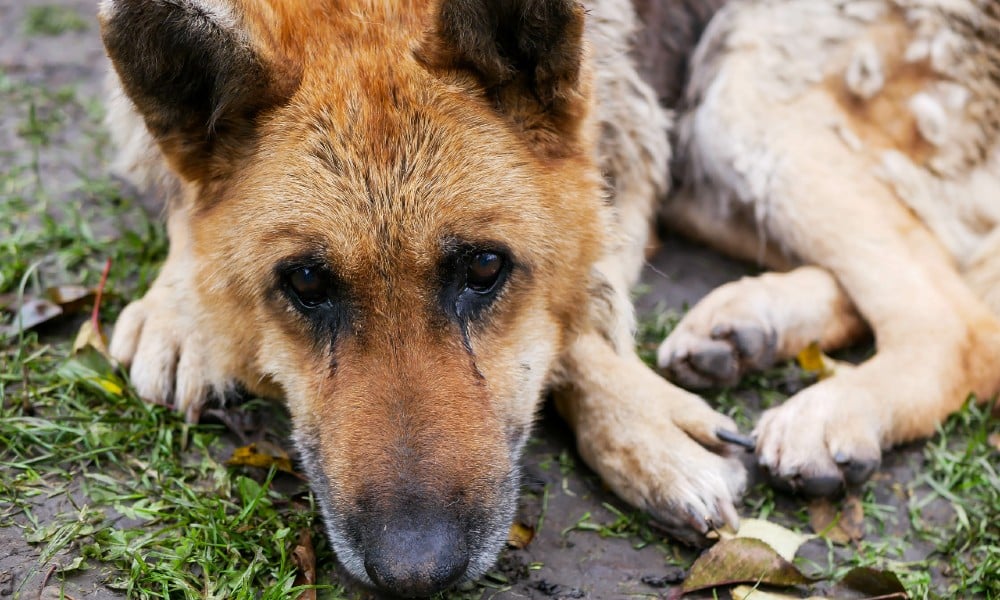 UPDATE (10/3/2022): Authorities have arrested Miles Mathew Berry, after a search warrant reportedly linked evidence to both the June 9 burglary involving Pretty Girl and also another burglary attempt on Sept. 4 at the same shelter. Berry has pleaded not guilty to several felony counts, according to news reports. We’re re-routing our petition to the Ventura County District Attorney’s Office now and asking the individual(s) responsible for Pretty Girl’s disappearance and death be held fully accountable, including restitution to an animal-welfare related cause and a maximum ban on owning animals. We’ll keep watching this case. —Lady Freethinker Staff

A beloved rescue dog sadly had to live out the last hours of her life in a state of intense fear, confusion, and pain after being stolen from an animal shelter in the middle of the night and then getting fatally struck by a car.

Pretty Girl was forced out of her cage at Paw Works in Camarillo, California, and abducted by an unknown thief whose cruel deed was captured on surveillance video that the animal rescue posted on its Instagram account. The sweet, innocent dog resists her abduction and was clearly very frightened throughout the ordeal.

“We think that she was fighting for her life,” Paw Works Director of Operations Brittany Vizcara told CBS2 News. “She is not a dog that takes easy to strangers. She’s a very loyal dog, and if you saw in that video, she was fighting him off, and he was hitting her.”

Several hours later Pretty Girl ended up on Interstate 101 , where she suffered severely painful and fatal injuries when a car hit her.

People from the local community saw the dog running on the freeway and evading rescue efforts, People magazine reported. The terrified dog jumped over the center divider and tragically was hit by the car.

Paw Works veterinarians discovered that Pretty Girl suffered internal bleeding, head and spine trauma and tearing in her organs, which caused her tragic death a short time later, according to People.

Whoever committed this horrific theft that led to the death of an innocent dog must be held accountable.

Sign our petition urging law enforcement authorities to thoroughly investigate this serious crime, identify the person responsible and forward appropriate charges to a prosecutor. To help prevent future acts of animal cruelty, prosecutors should also require intervention services such as psychological counseling, as well as impose a lifelong ban for the perpetrator on owning or possessing animals.

Authorities are asking anyone with credible information about Pretty Girl’s abductor to contact the Camarillo Police Department at (805) 388-5100 or call/text Paw Works at (805) 799-3937.