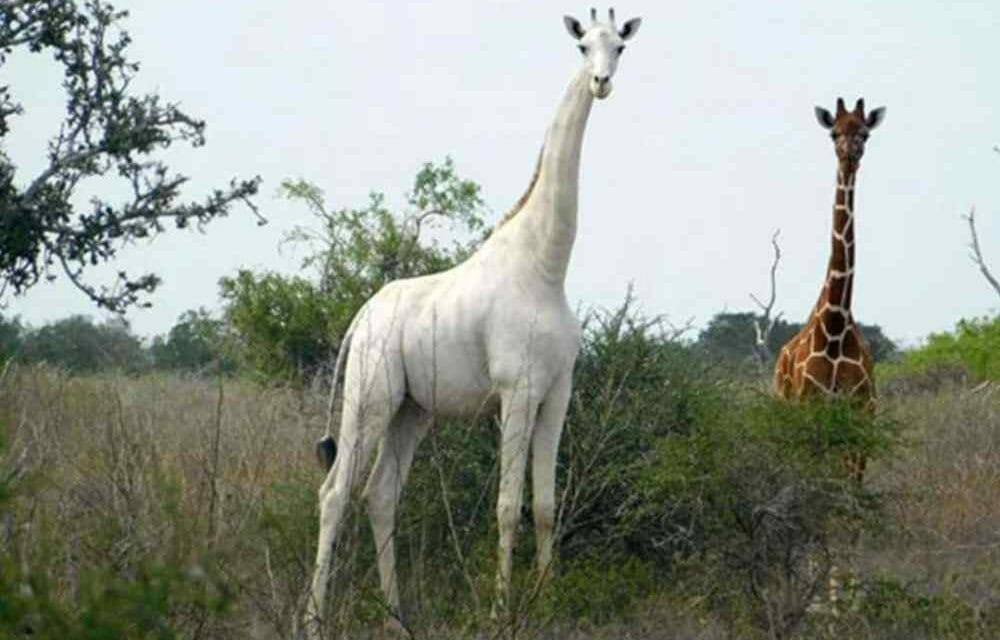 UPDATE (12/1/2021): To prevent future tragic poaching, a GPS tracker was fitted onto the male white giraffe — believed to be the last of his kind in east Kenya — who escaped the fatal attacks. The tracker will give hourly updates of the giraffe’s whereabouts and so hopefully will prevent killing by poaching, according to BBC News.  We’re continuing to check for updates on whether any poachers were connected to the killing of the other two white giraffes. —Lady Freethinker Staff.

Presumably slaughtered in a horrific act of violence by ruthless poachers, a very rare white giraffe and her calf have been found dead in Kenya.

The two precious creatures lived at the Ishaqbini Hirola Community Conservancy as a family. The father survived the supposed massacre, but must now live a life of isolation without his companion or child.

Locals discovered the slain corpses of the adult female and baby male giraffes at the conservancy after a search party was sent to find the animals, who had not been seen for months.

“It’s the most devastating moment for us and [the] world at large,” wrote the Ishaqbini Hirola Community Conservancy on its Facebook page, adding that “the white giraffe killing is not an isolated case. It’s a true reflection … of how most of the iconic species are threatened daily by selfish humans.”

We must do better. This vile act has endangered the survival of this rare breed and is a devastating blow to conservation efforts.

Sign this petition to urge the Kenya Wildlife Service to put all available effort and resources into investigating this vicious crime to find and bring the perpetrators to justice. An entire species may depend on it. 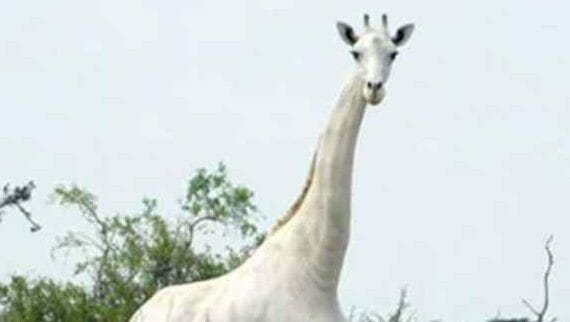