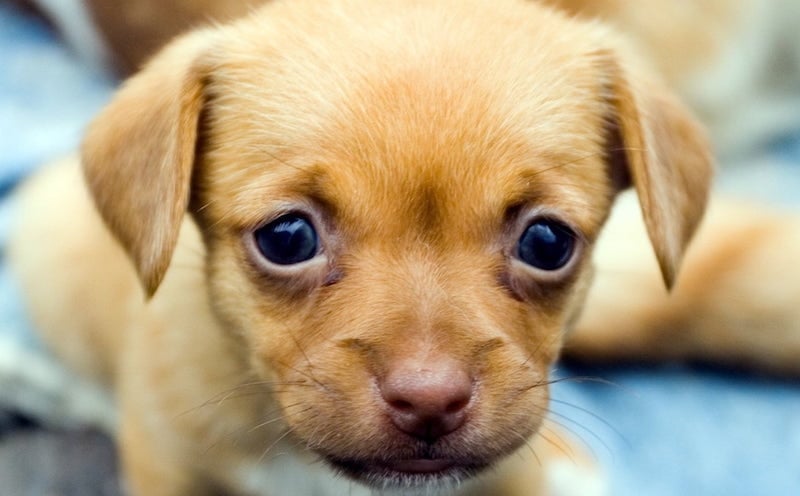 A 14-week-old puppy suffered a severe head injury and will be permanently blind after a babysitter in Florida allegedly threw him against a wall, according to police and news reports.

Two children being babysat in the St. Petersburg, Florida area reportedly heard a loud bang and the sound of a door slamming from another room. When they went to investigate, they found their puppy cowering  in a corner, with blood visible on the wall. The babysitter, who reportedly was either drunk or on drugs during the incident, then left the two children home alone following the incident, according to WFLA.

The innocent dog was vomiting and having “accidents” but was otherwise unable to move due to the extent of his injuries, according to an arrest report.  An emergency veterinarian who treated the puppy diagnosed severe head trauma and said the puppy would be permanently blind.

St. Petersburg police have arrested Willie Earl Capehart, 62, and charged him with animal cruelty and child neglect. The dog’s guardian, who is also the children’s mother, has said that she plans to press charges against Capehart.

Regardless of the individual’s state of mind, because of these horrific actions an innocent puppy will never again see. Two innocent human lives also were possibly endangered, and these children may be traumatized for life. This case must be taken seriously.

Sign this petition urging State Attorney Bruce Bartlett to prosecute to the fullest extent of the law the individual responsible for this cruelty, including a lifelong ban on having animals.