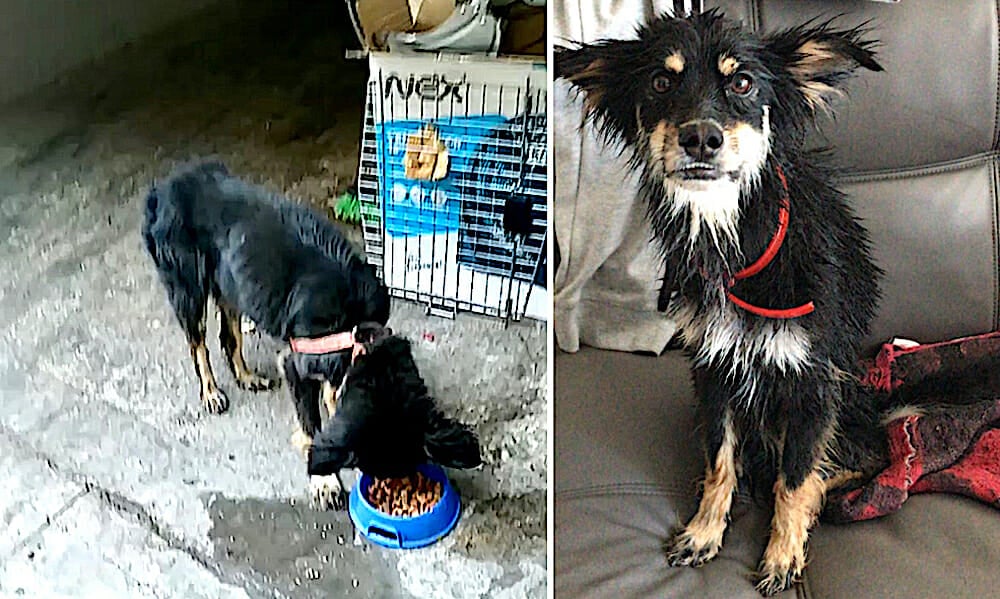 Badly injured and emaciated, a young puppy named Benji unknowingly ate rat poison after his supposed caretaker mixed the toxic substance in his dog food, locked him inside a small crate, and dumped him in the trash.

Benji miraculously survived by vomiting up the poison, and he was heard crying for help by a concerned citizen before the trash was collected.

Terrified and matted in feces, urine and vomit, the poor dog was rushed to receive proper veterinarian care.  Shocked he was able to survive after being severely abused and neglected for several months, the vets treated him for extreme malnourishment — almost every bone in his frail body was visible and his harness was forced so tightly around his neck for such a prolonged period of time that it cut into his skin.

No one deserves to suffer the way Benji has.  Surveillance cameras might’ve captured those responsible for committing this heinous crime, and we must act now to ensure they’re found before anyone else is harmed.

Sign this petition urging the police at the Fiscalía Regional Metropolitana Centro Norte to use all available resources to investigate this horrible act of cruelty and ensure justice for Benji.

This is an ongoing investigation – anyone with information is asked to contact the Fiscalía Regional Metropolitana Centro Norte, Chile at +56 22 965 7000 – denuncia numero 2216.