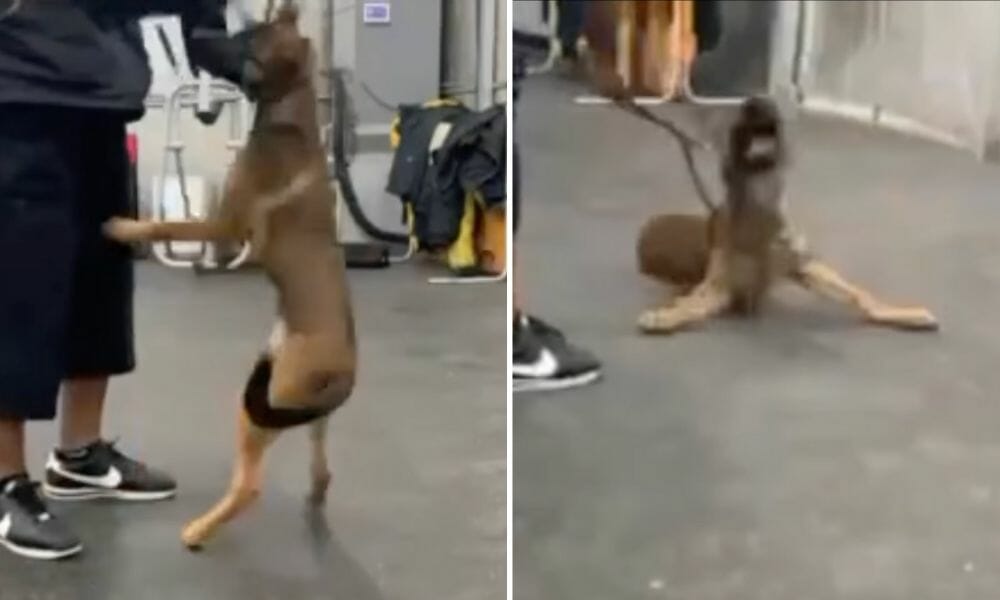 A 5-month-old puppy sitting at attention was violently jerked off the ground by his leash and cruelly slammed to the floor by a Texas dog trainer, according to footage from a now-viral video.  The puppy can then be heard whimpering as he tries to stand but cannot get back up, as documented in the video footage.

In the video, a trainer, whose face is not visible, can be seen with a small German Shepherd puppy using a black chew toy. The puppy playfully tugs on the black training tool and occasionally jumps, appearing to think it is playtime, as reported by the Daily Mail.

The trainer then grabs the puppy’s leash, lifts him off his feet, drags him over his shoulder and hurls him into the ground, as seen in the video.

A trainer at the TyCalK9 Dog Training Center in Arcola, Texas, now is under investigation by the Fort Bend County District Attorney’s Office, after the video clip surfaced on social media.  The center, which boasts working with the dogs of NBA players and reality TV personalities, has since taken down its website and has not returned calls for comment, according to news reports.

Harming innocent animals is not “training.” This case must be thoroughly investigated, and the individual responsible for this excessive and appalling cruelty must be held accountable.

Sign this petition urging Fort Bend County District Attorney Brian Middleton to thoroughly investigate and prosecute this situation to send a message that wanton acts of animal cruelty are taken seriously and will not be tolerated.