SIGN: Justice for Infant Monkeys Torn from Their Mothers in Cruel Experiments 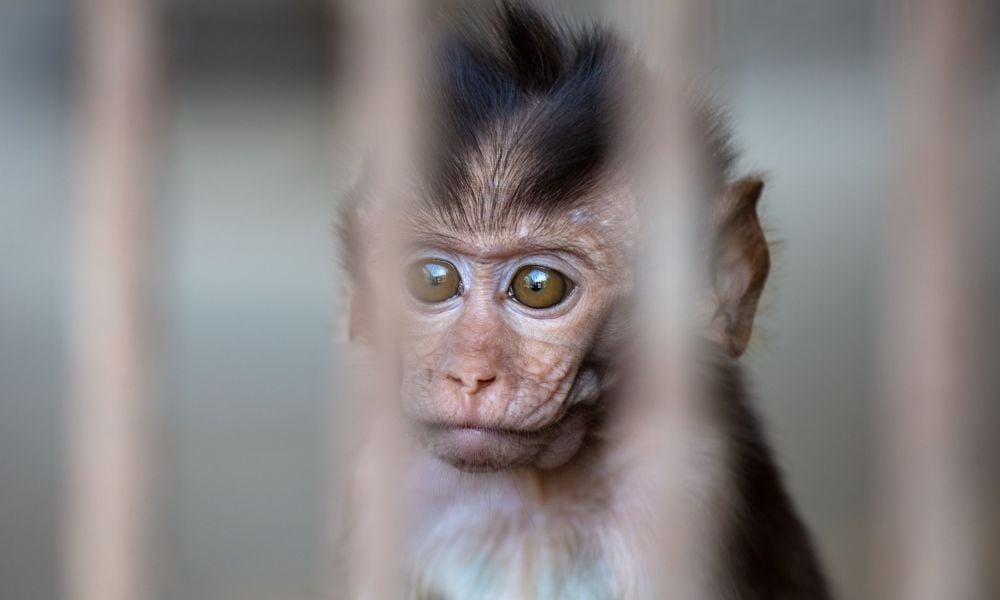 Mother monkeys were forcibly separated from their babies for the asinine purpose of finding out whether a plush toy would provide comfort for the distraught macaques.

Junk science experiments that often replicate existing research and cause intense pain and anguish for animals such as this recent travesty out of Harvard Medical School have drawn widespread criticism from scientists and animal advocates, CBS News reported.

More than 250 scientists signed a letter calling for the respected journal Proceedings of the National Academy of Sciences (PNAS) to retract an article detailing the findings of researcher Margaret Livingstone’s cruel monkey separation experiment.

“We cannot ask monkeys for consent, but we can stop using, publishing, and in this case actively promoting cruel methods that knowingly cause extreme distress,” states the retraction letter.

Livingstone has a history of animal cruelty in the name of “science.” In one of her sadistic experiments, she temporarily sutured shut the eyelids of infant monkeys, ostensibly to study the effects of human-imposed blindness on their cognition, CBS reported.

It is never the right of humans to cause other sentient beings to suffer — let alone the horrific trauma of separating a mother from her vulnerable baby — for merely satisfying human curiosity about how animals function.

Sign our petition calling on PNAS to retract Livingstone’s article and Harvard Medical School to immediately shut down Livingstone’s cruel monkey lab and ban experiments on animals for good.