SIGN: Justice for Hedgehog Kicked to Death for Game in Viral Video 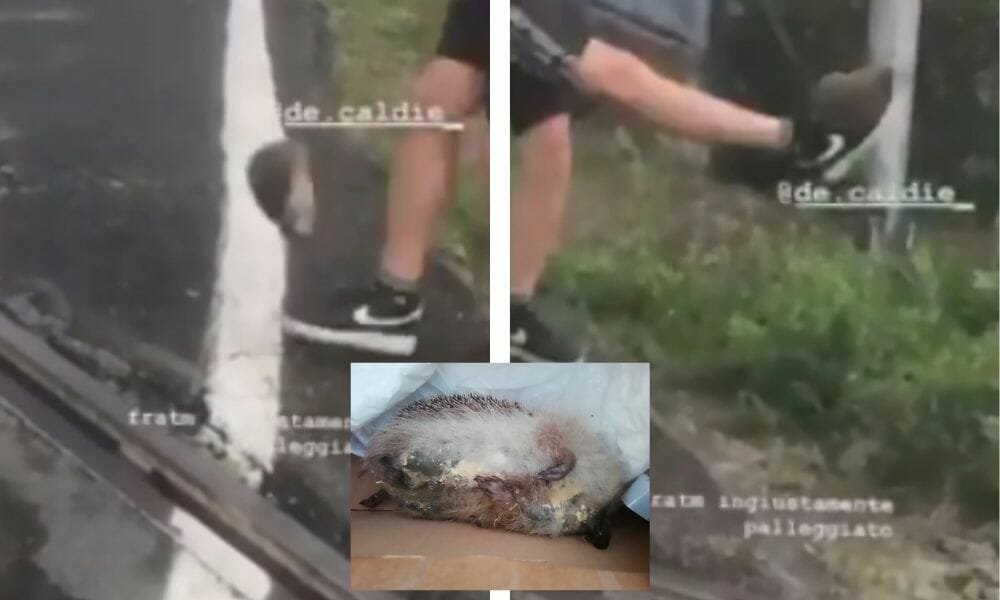 Brutally kicked to death for a viral video, a defenseless hedgehog spent his last moments being repeatedly punted into the air as a teenage boy abused him for a game of “keepie uppie” or “kick ups.”

The despicable video was posted on Facebook, where it gained over 100,000 views. The Italian boy’s friends can be heard laughing in the background as the tormented creature helplessly hits the ground. After several agonizing kicks, the suffering hedgehog is left on the train tracks to die.

Volunteers from the Italian League for Animal Rights found the hedgehog’s tortured body and mercifully buried him.

This kind of behavior shows a severe lack of empathy and must be addressed before other animals are harmed. Sign this petition urging Italian State Police Chief Franco Gabrielli to call for an intensive therapeutic intervention for the perpetrator and all who participated behind the camera.