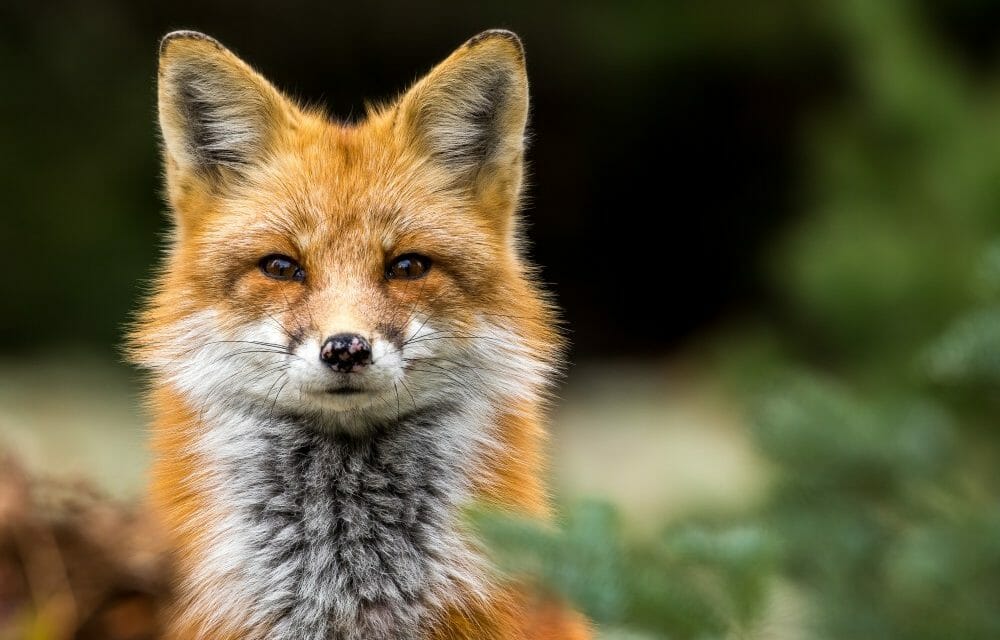 UPDATE (10/3/2022): Paul O’Shea, 49, has been convicted of animal cruelty by the Chelmsford Magistrates Court, according to news reports. His sentence prohibits him from keeping dogs for five years and requires that he pay a £233 fine (about $263 USD) and complete 200 hours of community service. An 18 week imprisonment was suspended — meaning he’s avoided all jail time for this horrific act of suffering. We will keep doing all we can for animals. —Lady Freethinker Staff

In an atrocious act of cruelty, a wild fox was trapped underground, bitten by a dog, then stabbed repeatedly with a pitchfork in footage aired on Britain’s ITV News network.

The footage revealed the innocent animal was first trapped underground. He then endured excruciating bites from a dog before being pulled from the dog’s jaws. A man then repeatedly stabbed the injured fox with a garden fork, according to the footage.

The filmed torture drew more than 50 complaints lodged to the government from viewers who described the brutal actions as appalling, horrific, and heartbreaking.

Essex Police have arrested a 48-year-old man on suspicion of offenses under the country’s hunting, animal welfare, and wild mammal protection acts, according to ITV news. Authorities must take this act of cruelty seriously.

Sign our petition urging Chief Crown Prosecutor Frank Ferguson to prosecute to the fullest extent of the law the person responsible for stabbing this innocent fox to send a strong message that such callous and casual animal cruelty will not be tolerated.