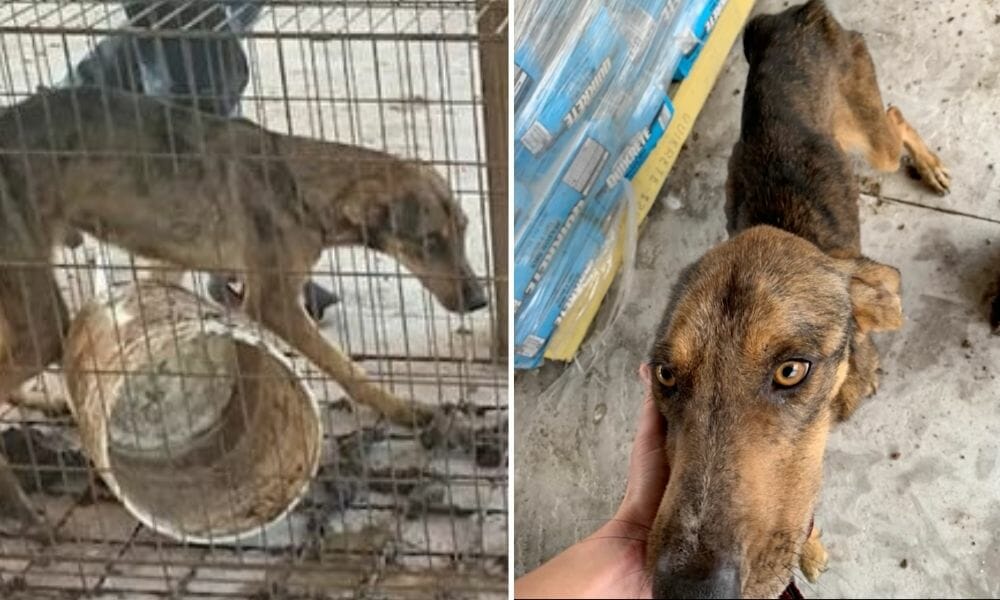 Shakira and Shira, two German Shepherds so emaciated that their ribs showed through their dingy fur, cowered in small cages, surrounded by filth and feces until deputies in Florida discovered the dogs and rushed them off for emergency medical care.

Lee County Sheriff’s deputies responding to a call found the innocent animals caged in the squalid conditions at a house on Foxhound Road.  Heartbreaking photos show one dog in a wire cage so cramped that he straddles a dirty, empty white water bucket turned on its side while standing amidst piles of smashed and smeared feces. Another photo shows a dog – freed – sniffing outside, with at least eight ribs and the ridgeline of his spine visible through his fur.

Detectives determined the dogs had been left in the cages for long stretches of time – without any food or water –and connected the circumstances to the dogs’ owner, Alexander Abreu, 48.

Abreu was released from jail on a $21,500 bond to await his scheduled court appearance on Jan. 31. He faces an obstruction charge for trying to take detectives’ notes during his interview, as well as a charge of animal neglect – the latter of which is punishable by up to a year in jail and a $5,000 fine.

These suffering dogs deserve justice. The individual responsible for this chronic act of atrocious neglect must be held accountable for his actions and prevented from causing future harm.

Sign our petition urging the State Attorney’s Office to prosecute to the fullest extent of the law the person responsible for this appalling neglect – including a lifetime ban on owning animals.