SIGN: Justice For Elephants Shot To Death For Their Ivory Tusks In India 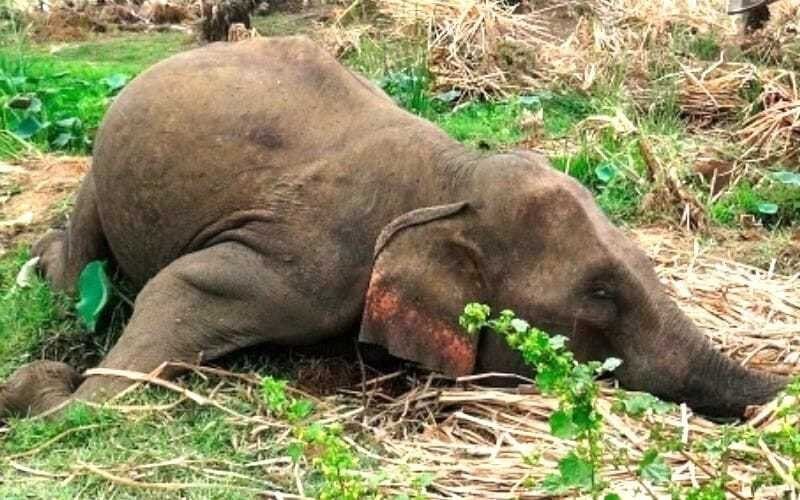 UPDATE (7/22/2022):  Odisha’s chief wildlife warden told Lady Freethinker that investigations are ongoing, but that three individuals have been arrested in connection with the most recent poaching incident and both tusks have been recovered. In the second poaching case, five accused have been arrested and the pellet gun has been seized. “We will leave no stone unturned in saving these magnificent animals, the national heritage animal of our country,” the Chief Wildlife Warden said via email. We’ll keep watching this case. —Lady Freethinker Staff

A 20-year-old elephant likely suffered horrific fear and pain after being shot twice by poachers who hacked off his tusks and then left him bleeding out onto the forest floor in Odisha’s Ganjam District, in India, according to NDTV News.

The male jumbo elephant likely wasn’t discovered until days after his death, according to forest officials who found and examined his mutilated body.

Officials are waiting the results of an autopsy report but have told news the elephant likely was killed for the ivory in his tusks.

Sadly, this is the second recent case of an elephant dying by poaching. Earlier this year, a 10-year-old elephant also found in Odisha suffered severe injuries from pellet wounds to her trunk, face, shoulder, ear and front leg.

Whoever brutally and illegally attacked these magnificent elephants must be held accountable.