SIGN: Justice for Elephants Electrocuted to Death by Poachers 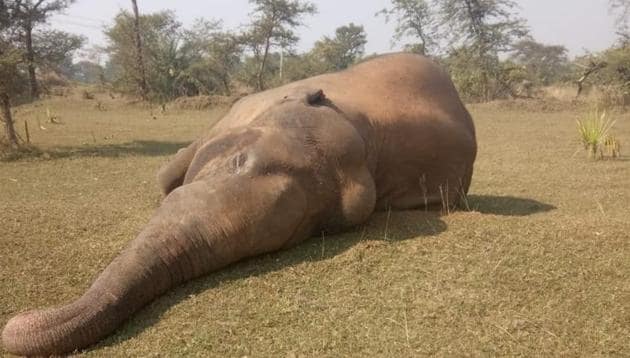 An elephant electrocuted in Dhenkanal in 2020 (Photo Credit: Submitted, as published in the Hindustani Times)

Elephants are being brutally electrocuted to death in India — with the corpses of three elephants recently discovered by officials in Odisha state after the innocent animals came into painful and fatal contact with electrocution traps set out by poachers.

Electrocution deaths are not rare or isolated occurrences. Between 2017 and 2022, 61 elephants died from electrocution and poachers were responsible for 35 of those horrific deaths. State authorities arrested 171 poachers since 2017 for their brutal killings of elephants, including 50 arrested between 2021-22, according to The Wire.

But the continued killings of these gentle giants means more must be done.

But it’s also important that energy and forest departments, responsible for wrapping insulators around electric wires, coordinate effectively to ensure elephants aren’t accidentally electrocuted — and also that poachers won’t have anywhere to hook up their traps.

Sign our petition calling on Odisha authorities to immediately and thoroughly investigate this rampant poaching activity and forward all applicable charges on to prosecutors, with recommendations for maximum accountability. We’re also asking Odisha’s government to require improved communication between its departments responsible for insulating electric wires, and active oversight to ensure compliance, to cut down on these brutal deaths.