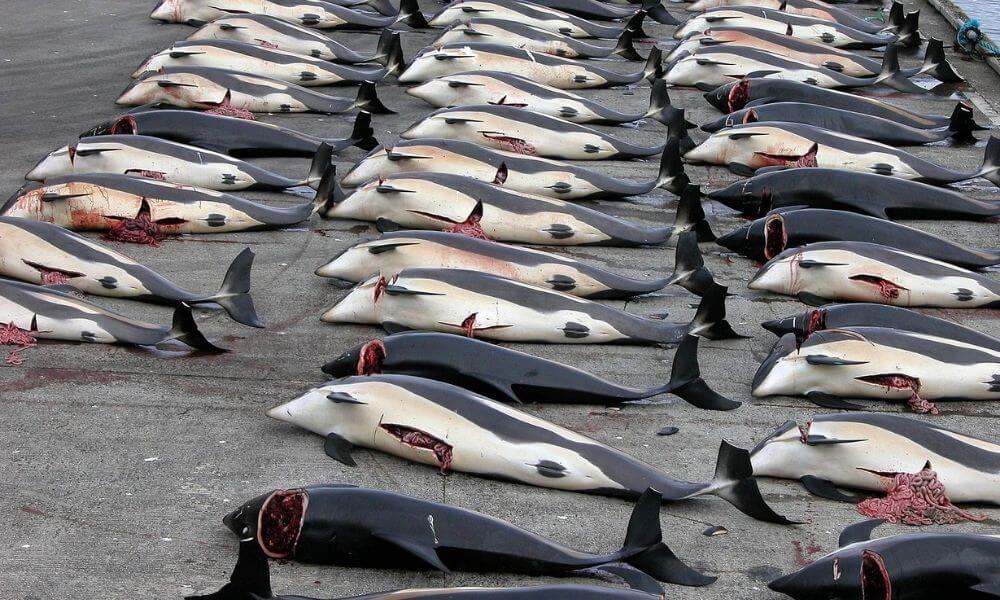 UPDATE (1/3/2023): The Faroese government will now limit annual kills to 500 dolphins, following a review prompted by a petition signed by more than 1.3 million people denouncing the cruel hunts, according to the South China Morning Post and CNN. Thank you to everyone who signed our petition for these defenseless dolphins! We will continue urging authorities to take whatever action they can to stop the senseless slaughter of these innocent animals.  —Lady Freethinker Staff.

Every year, hunters round up thousands of helpless dolphins for hours using jet-skis and boats, before inserting metal hooks into their blowholes and using ropes to drag them alive to the shore, where their spinal cords are slashed with knives or spears.

But there is new hope for these marine mammals. Given the size and scope of this year’s event and the international outrage it sparked, the Faroe Islands government has agreed to evaluate the annual hunt.

With your support, we can end it for good. We MUST speak out to urge them to stop the slaughter!

Dolphins are highly intelligent sentient beings, capable of feeling immense pain and emotion, and they deserve to be protected from painful, unnecessary death.

For four centuries, these wondrous sea creatures have been butchered in the name of Faroese culture.

As long as this ancient bloody whaling tradition is allowed to take place, innocent dolphins will be killed. We must put an end to their suffering.