SIGN: Justice for Dolphin Brutally Impaled and Left for Dead 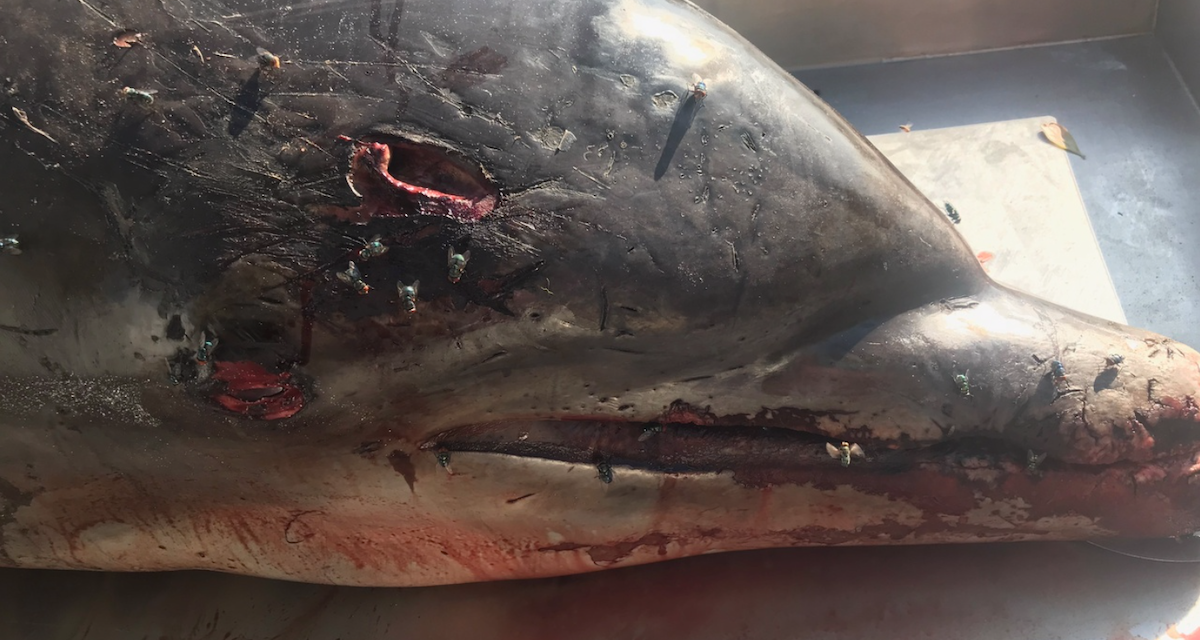 UPDATE (5/31/2022): Unfortunately, authorities were not able to garner any leads on this horrific act of fatal cruelty, and the case remains unsolved. We hope this innocent dolphin is now at peace, and we thank everyone who signed our petition urging an investigation and accountability. We’ll keep fighting for animals. — Lady Freethinker Staff

“There was a wound penetrating from above and in front of the right eye, extending almost 6 inches toward the top and back of the head. The wound ended inside the head at the top of the skull and had evidence of hemorrhaging, indicating wounds consistent with being impaled prior to death,” the NOAA stated.

The necropsy revealed the dolphin was likely “begging” for food when gruesomely stabbed by a “spear-like object.”

“People can help prevent future harm to wild dolphins by not feeding or attempting to feed them. Not only is it illegal, dolphins fed by people learn to associate people, boats, and fishing gear with food, which puts dolphins and people in harmful situations,” the NOAA informed.

Sign this petition to urge NOAA Director Jim Landon to use all available resources to investigate this horrific crime against protected wildlife, so the perpetrator can be identified and prosecuted to the fullest extent of the law.

Anyone with information about this case is urged to call the NOAA Enforcement Hotline as soon as possible at 1-800-853-1964.  There is a $38,000 reward for information leading to an arrest.