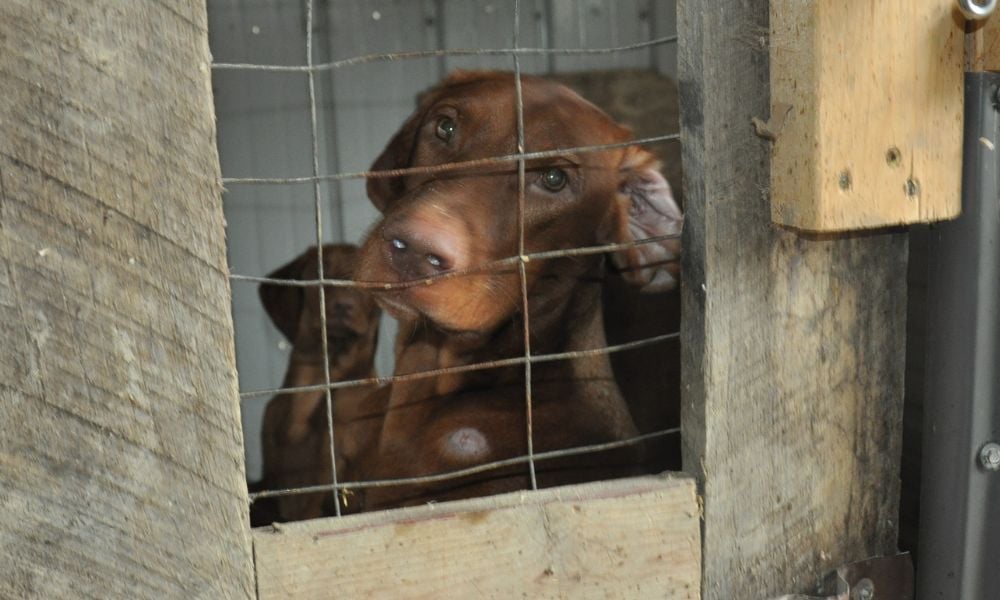 UPDATE (1/3/2023): The Bureau of Dog Law Enforcement told Lady Freethinker the agency is committed to consistently holding illegal kennel owners and works closely with humane officials who have the authority to seize dogs and file animal cruelty charges.

“During the last legislative session, the department supported Senate Bill 1289, which proposed stiffer fines and penalties for illegal kennels and other violators of Pennsylvania’s Dog Law,” the agency’s press secretary Shannon Powers told LFT. “A new legislative session will begin in the new year, and we’re hopeful that a similar bill will be introduced and passed.”

We’ll keep watching the situation in Pennsylvania and will do all we can for dogs everywhere. — Lady Freethinker Staff

The tiny, 7-week-old puppy didn’t have much of a fighting chance.

Sold underage from an illegal kennel in Lebanon County, Pennsylvania, and purchased for $1,100 by an unsuspecting couple, the puppy went “home,” refused to eat, had diarrhea, started seizing, and passed away, even following emergency veterinary care, according to a consumer complaint.

Other puppies, obtained directly from unlicensed breeders or from pet stores sourcing from illegal kennels, tested positive for Giardia and parvo, while others suffered from worms, fleas, pneumonia, and genetic defects, as alleged in consumer complaints obtained by Lady Freethinker (LFT) through a public records request.

These defenseless animals were only some of the victims uncovered through our public records investigation, which spanned a 5-year period and uncovered at least 158 illegal kennels, defined by the state as any entity that keeps, sells, or transfers more than 26 dogs in a single calendar year.

The kennels spanned at least 38 Pennsylvania counties — and impacted more than 4,000 dogs.

They were kept in atrocious conditions — including unheated barns, stacked crates, and filthy and cramped enclosures. Many also were severely neglected, with inspectors noting matting down to the skin, advanced dental disease, and a lack of access to adequate food or clean water, according to the public records documents.

Meanwhile, the illegal kennel owners were pocketing thousands of dollars — with numerous documents detailing an average of at least $100 of profit per puppy sale — while facing paltry fines in the event they were caught, according to the public records documents.

Pennsylvania made tremendous strides in 2008 to curb its reputation as the “puppy mill capital of the east” when legislators enacted strict amendments to crack down on duplicitous dealers. It’s time for the state to rally again to create a more compassionate world for its suffering dogs and to send the message that this exploitation and cruelty will not be tolerated.

To immediately crack down on this massive suffering, as well as effect long-term positive change:

Sign our petition urging the above authorities to immediately take meaningful action for Pennsylvania’s suffering dogs. Then please take a moment to read and share our comprehensive report about the reality facing these precious animals — who deserve so much more than this.

And remember to always adopt — not shop — for companion animals!