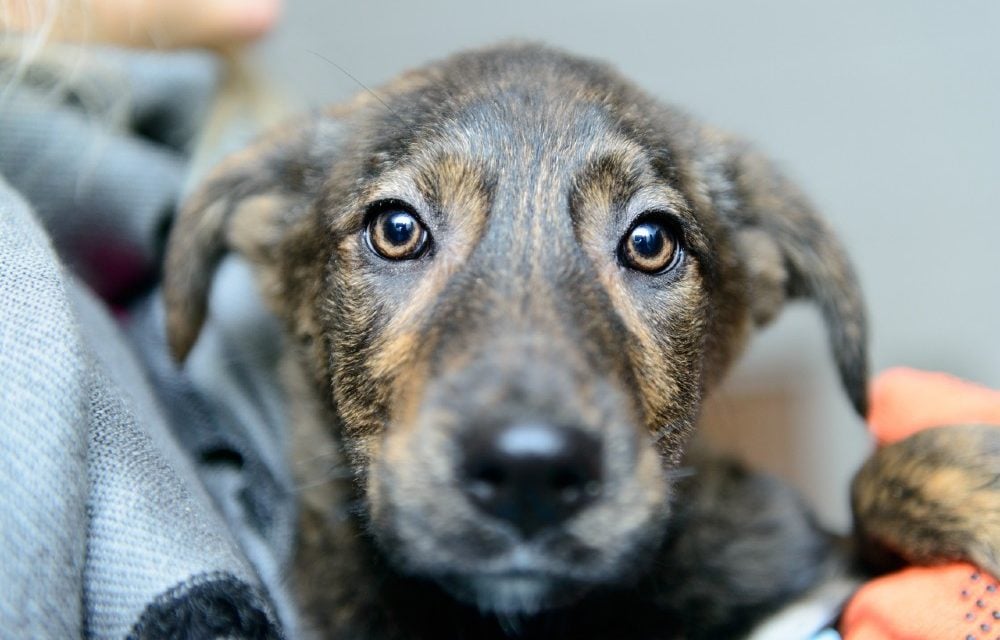 UPDATE (9/1/2022): Kevin Jara Sanchez has pleaded guilty to felony counts of aggravated assault, animal cruelty, and to illegally possessing a firearm and will be spending the next 25 to 57 years in a Pennsylvania state prison, while also being ineligible for any programs that could lower the sentence due to the violent offenses, according to WETM. We thank the courts for taking this case seriously, and we are grateful to everyone who signed our petition. We hope the sentence will prevent any future acts of cruelty against people or animals. — Lady Freethinker Staff

An innocent dog named Ozzy was reportedly sadistically shot to death, and his remains charred in a wood stove by a man with a former criminal history who is now facing felony counts of animal cruelty and domestic violence in Bradford County, Pa., according to WETM.

Police last month arrested Kevin Jara-Sanchez on eight felony charges for allegedly beating a woman, shooting at her, throwing a knife at her, raping her and threatening to kill her multiple times, with an affidavit noting she arrived at a hospital with eight broken ribs, a collapsed lung, internal abdominal bleeding, a broken wrist,  and bruises.

When authorities arrived to investigate, they also found blood and tissue inside a dog crate near a wood stove outdoors and concluded that multiple gunshots had killed the human victim’s beloved pet, according to court records.

The victim told police that Jara-Sanchez had known Ozzy was her favorite dog, and that rather than placing the innocent dog’s body outside so she could see him when she returned from the hospital, Jara-Sanchez had instead allegedly placed Ozzy in the stove and burned him, police said.

The individual responsible for these horrific acts of violence against both a human and an animal must be held accountable.

Sign our petition demanding authorities prosecute the person responsible for these acts of cruelty to the fullest extent of the law for both Ozzy, the cherished dog who violently lost his life, and his heartbroken, physically battered guardian.