SIGN: Justice for Dog Set on Fire and Left to Die 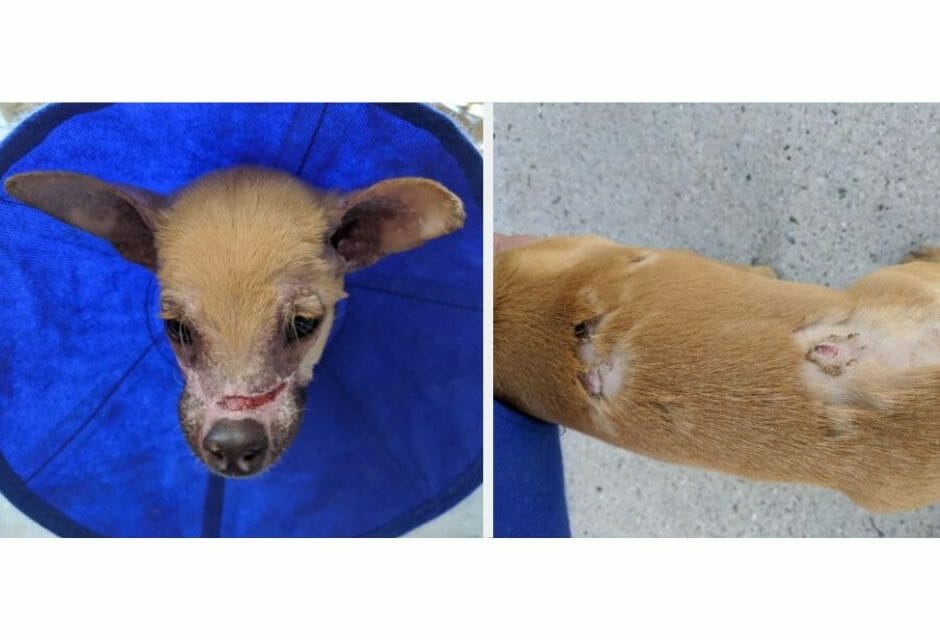 UPDATE (12/15/2021): Deputy Sheriff Jerry Brewer told Lady Freethinker that the department never connected anyone to this crime and that the case is now closed, unless new information comes to light. On a happier note, Brewer said that Oscar is now on to better days.

“He is fully recovered, with some scarring, but fully healthy and he was adopted,” Brewer said via email.

While we are disappointed that no one was held accountable for this atrocious act, we are grateful that Oscar now has a chance at the happy life he deserves. Thanks to the more than 36,000 people who signed this petition on his behalf! —Lady Freethinker staff

Heartlessly dumped on the side of the road, a tiny brown puppy named Oscar suffered agonizing burns after having his fur torched from his body, legs and face.

A concerned citizen found the severely-injured pup scared and alone with deep scars and burn marks all over his little body. Oscar had been abandoned on a remote dirt road in Castle Hayne, N.C.

The poor dog is still healing from his injuries, according to the New Hanover County Sheriff’s Office Facebook. He will require dental procedures just to eat and chew somewhat normally again, and an orthopedic and plastic surgeon will be keeping an eye on Oscar as he grows in case further surgeries are needed later in life.

This gruesome cruelty will stay with Oscar for the rest of his life, and he deserves justice.

Sign this petition urging New Hanover County Sheriff Ed McMahon to use all available resources to investigate this crime and charge the perpetrator(s), so they can’t commit other acts of violence against innocent animals.

Anyone with information is asked to call the Sheriff’s Office Animal Services Unit at (910) 798-7517 or https://www.newhanoversheriff.com/submit-a-crime-tip/ 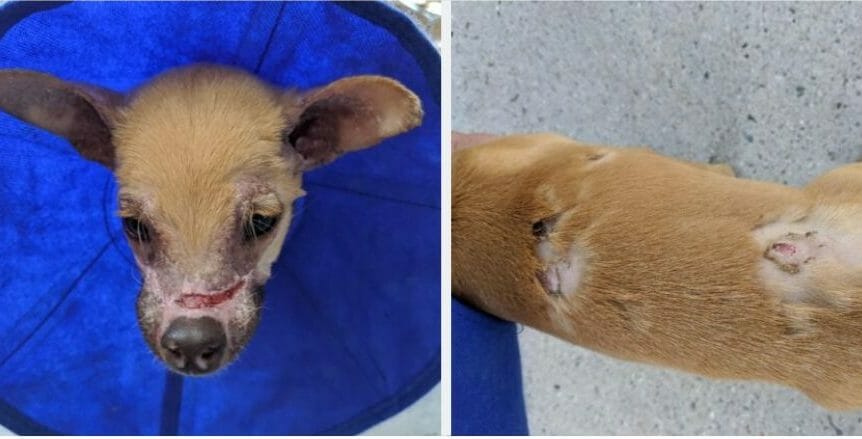