SIGN: Justice for Dog Kicked, Punched, and Dragged Down Hallway 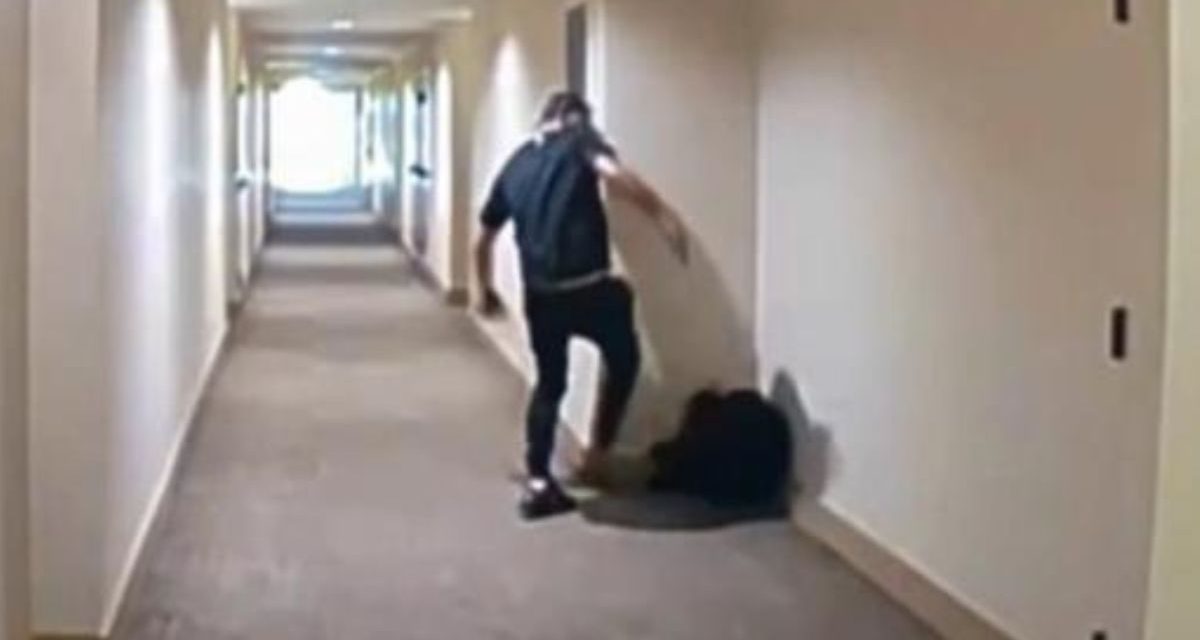 UPDATE (10/21/2022): Albert Frank Abad’s arraignment is set for Nov. 10 at 8:30 a.m. in Department N3 in Fullerton. In happy news, Steeler has been adopted, according to shelter staff. We’ll keep watching this case. — Lady Freethinker Staff

A terrified black dog desperately tried to escape as a man repeatedly slugged and kicked him in an apartment complex in Anaheim, California, NBCLA reported.

Home security video showed the dog, named Steeler, wearing a leash while the man cornered him, chased him, and then kicked him. The footage shows the man then dragged Steeler down the hallway and kicked him twice more.

Albert Frank Abad Jr., 33, turned himself in to Anaheim police a day after investigators obtained a felony arrest warrant, according to the Orange County District Attorney’s Office (OCDA). He also surrendered custody of Steeler.

“The violence that was inflicted on a defenseless animal is disgusting,” said Orange County District Attorney Todd Spitzer. “Dogs love unconditionally and that love was rewarded not with love but with violence. This behavior is not just offensive; it is criminal.”

Steeler is currently in the custody of Orange County Animal Care, where the loving dog will have to wait to find a forever home.

The severe, violent animal cruelty Steeler endured is intolerable, and the individual(s) responsible must be held fully accountable.

Sign our petition urging Orange County District Attorney Todd Spitzer to treat this case of vicious animal abuse with the severity it deserves, including attaining a court-ordered lifelong ban on possessing animals as well as facilitating psychological therapy and anger management counseling to help prevent future incidents of animal abuse.