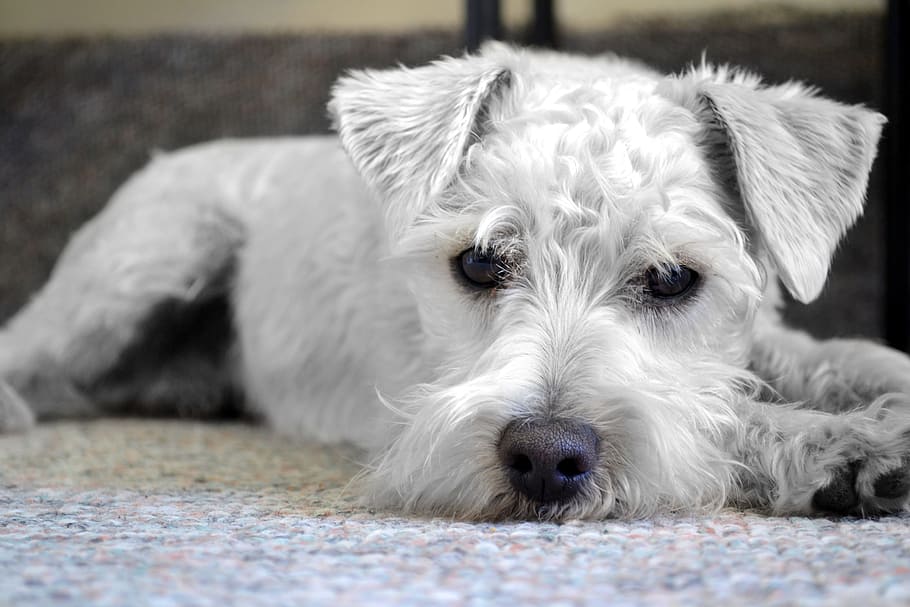 UPDATE (9/23/2022): Nathaniel Ennels II pleaded guilty to a felony count of animal cruelty and was sentenced to 3 years incarceration suspended, with 326 days served — including 58 days in jail and 263 days on house arrest, as well as three years of supervised probation and a 10 year ban on owning or residing with animals, according to Delmarva Now.  We are saddened that Spanky lost his life in this tragic case of animal abuse, and we hope he is resting in peace. We’re grateful to see the ban to help ensure no other innocent animals suffer and we will keep doing all we can for animals. —Lady Freethinker Staff

A 5-year-old miniature schnauzer named Spanky lost his life after being mercilessly smacked, kicked, and beaten over a dozen times with a broom handle by his owner — for urinating on the floor.

Deputies who responded to reports of possible animal cruelty disclosed via Facebook that Salisbury resident Nathaniel Ennels allegedly had become enraged after Spanky peed on the floor. The post said Ennels hit Spanky with his bare hand “hard enough to make the dog screech.”

He then allegedly kicked Spanky multiple times while yelling at him to get in a cage, and then repeatedly beat the terrified little dog with a broom handle as Spanky whined and screeched “as loud as the dog possibly could,” according to the deputies’ report.

When they arrived at the home to investigate, Ennels allegedly refused to open the door or to cooperate in any way, according to the report. He also allegedly had tried to clean up the evidence. A family member had to recover Spanky’s corpse from the home for the authorities, according to the deputies’ report.

Deputies arrested Ennels and charged him with multiple counts of animal cruelty and altering physical evidence. He is being held without bond.

Sign this petition urging Wicomico County State’s Attorney Jamie Dykes to prosecute Ennels to the fullest extent of the law, sending a clear message that Maryland has zero tolerance for animal abusers.