SIGN: Justice for Dog and Donkey Shot with Arrows 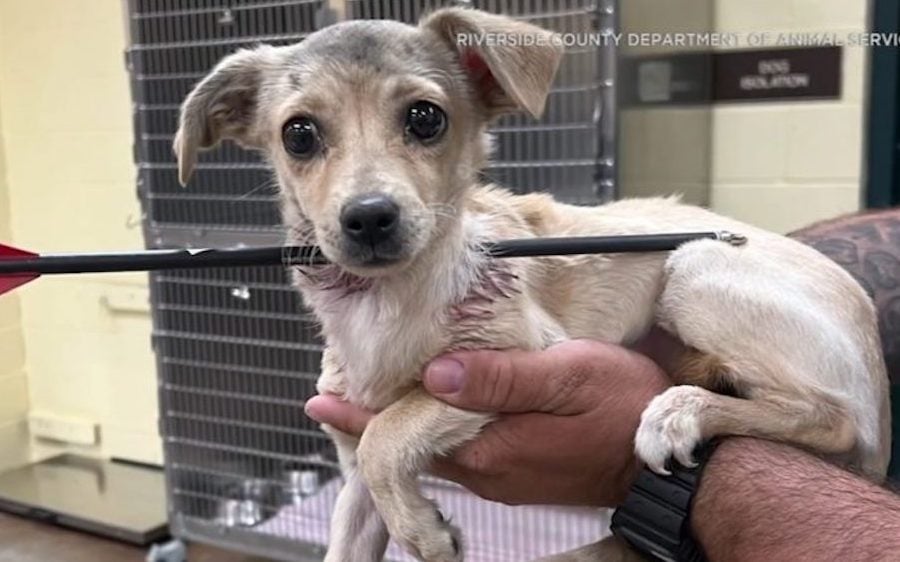 A Chihuahua-mix puppy impaled through her neck with an arrow in Desert Hot Springs, California, endured such excruciating pain that she woke up a sleeping area resident with her “screaming,”  according to the Riverside County Department of Animal Services and news reports.

The woman called 911, and authorities rushed the traumatized dog to emergency care. Miraculously, the arrow did not strike any vital arteries and veterinarians were able to save the puppy’s life, but no innocent animal should ever endure such a horrific act of intentional cruelty.

Sadly, the puppy is not the only victim of recent arrow attacks. A beloved wild burro named Bobby died an excruciatingly painful death in Riverside County’s Reche Canyon when a still-unidentified assailant shot him in the abdomen with an arrow. Rescuers found Bobby unable to eat or lay down to rest, and suffering so intensely that despite veterinarians’ attempts to save him Bobby didn’t survive, DonkeyLand reported on Facebook. 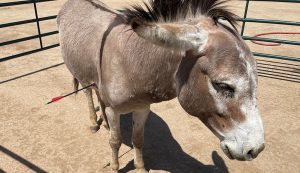 Another wild burro also recently died a vicious death by a gunshot wound to the head, near Reche Canyon and not far from the scene of Bobby’s killing, according to DonkeyLand.

Deliberate acts of animal cruelty such as these gut-wrenching shooting incidents are intolerable, and the person(s) responsible must be held accountable.

Sign our petition urging  authorities to thoroughly investigate and bring to justice those responsible for killing these innocent donkeys and severely injuring this innocent dog. Authorities should also facilitate access to psychological counseling and other appropriate intervention services to prevent any future violent acts of animal cruelty.

Anyone with information on these horrible incidents of senseless violence against animals should contact the sheriff’s Moreno Valley Station at 951-955-2400, or Animal Services via 951-358-7387 or  [email protected].