SIGN: Justice for Cat Lured with Food and Kicked into the Ocean

Home » Animals » SIGN: Justice for Cat Lured with Food and Kicked into the OceanBy Joe Taglieri 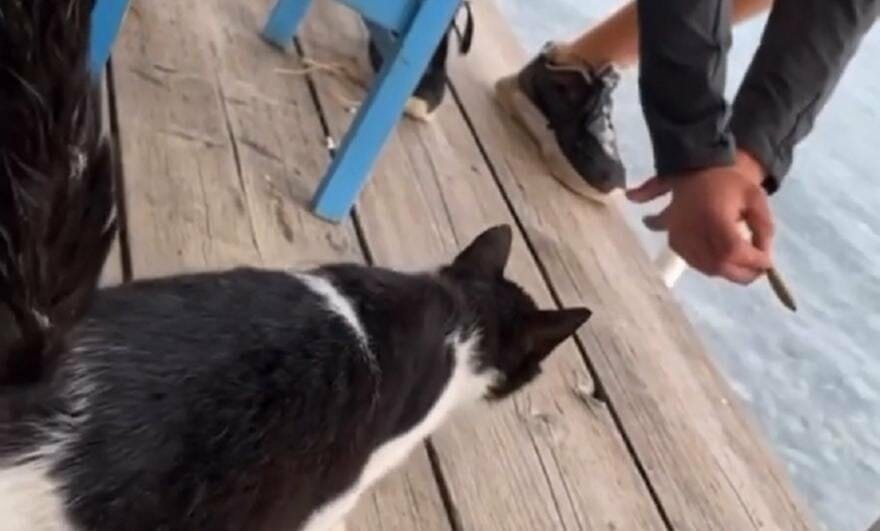 An innocent cat who was lured forward with food at a Greek restaurant by a customer was then callously kicked into the nearby sea in a horrifying ordeal, WION reported.

Video circulating widely online shows the man enticing two cats with a fish, then savagely kicking one of them into the water. The atrocious act met with encouragement and laughter from people witnessing the abuse as the man tried to do the same with the second cat, according to news reports.

Meanwhile the cat disappears from view, plunging into the water from what appears to be a high distance, according to the video.

The cats’ guardian, who owns the restaurant, said both cats survived the cruelty and that he would help find the abuser, according to the Greek Reporter.

It was the Citizens Protection Minister Takis Theodorikakos who announced an arrest, writing in a Facebook post that “violence against animals is unacceptable.”

This sweet, innocent cat must have suffered severe fear during her completely unexpected fall. Cruel acts of intentional abuse must not be tolerated.

Sign our petition urging the Greek Minister of Justice to treat this animal cruelty case with the severity it deserves, including a lifelong ban on owning animals for the abuser any needed intervention services, such as anger management or psychological counseling.