SIGN: Justice for Baby Possum Allegedly Beaten with Golf Club Until She Was Blind 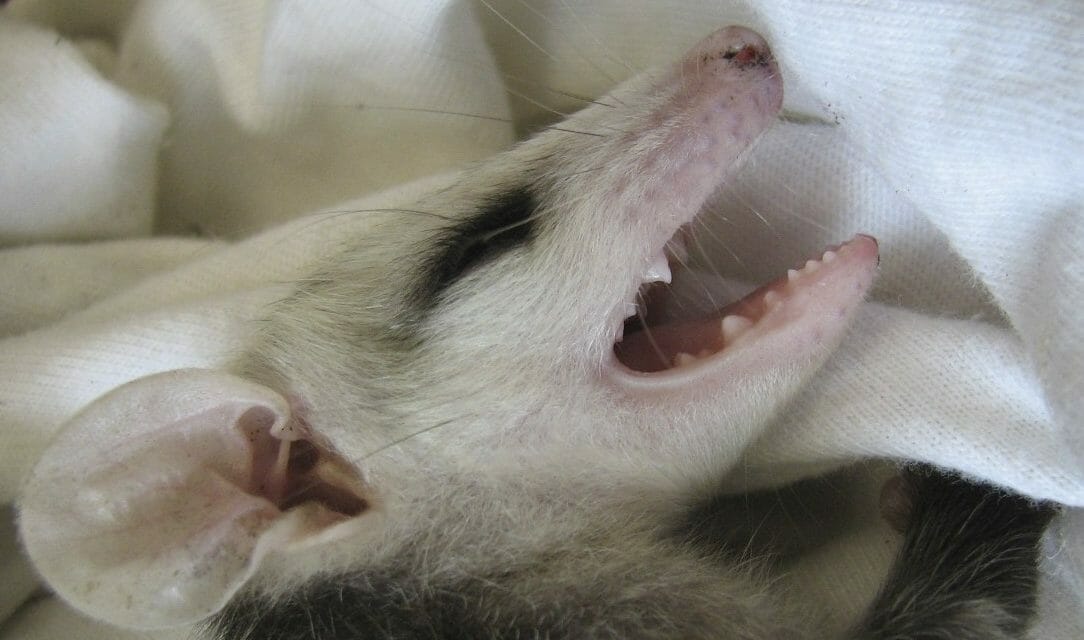 UPDATE (1/20/2020) – After much controversy over whether the injured possum was beaten by golfers or hit by a car, officials from the department of natural resources have announced that their investigation was “inconclusive.”

We are disappointed that this case was closed without officials being certain of whether the innocent possum was hit by a car or brutally killed by intentional animal cruelty. We thank everyone who signed our petition demanding accountability, and we will continue to do all we can for animals. —Lady Freethinker Staff

*
An innocent baby opossum is struggling to survive after rescuers found her with a broken jaw, protruding eye, and gashed throat on a South Carolina golf course.

Helpless against her attackers, the two-pound, five-month-old opossum sustained injuries indicative of falling victim to a relentless attack with a golf club.

Scarlett, a name given to the baby opossum by her rescuers, is attempting to recover, but her road to survival will be painstakingly difficult, and there is a real chance she won’t make it.

While there were allegedly witnesses to Scarlett’s brutal attack, no one has agreed to come forward with information. The South Carolina Department of Natural Resources is aware of the incident and conducting an investigation.

“We don’t know the name of the person who did this or their identity,” said the Wildlife Rehab of Greenville president Wendy Watson. “When we arrived on [the] scene, nobody would talk and tell who did it.”

Investigators must use every resource available to identify those responsible for Scarlett’s heinous assault. Please, sign this petition urging the South Carolina Department of Natural Resources to find and prosecute the culprit(s) to the fullest extent of the law to ensure that poor animals like Scarlett aren’t heartlessly beaten within an inch of their lives again.