SIGN: Justice for 29 Caged Dogs Forced to Fight for Their Lives 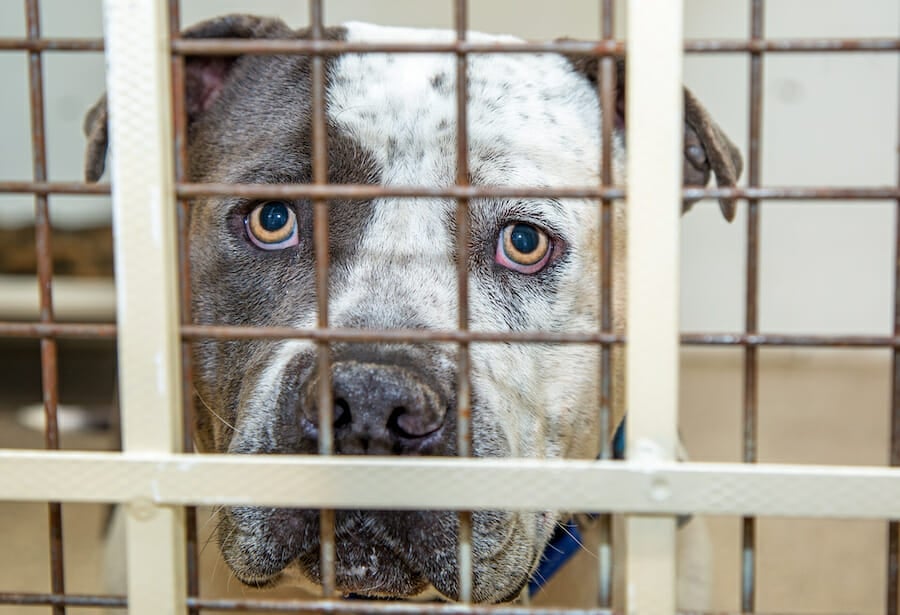 Shocked investigators found 29 helpless dogs locked in small cages and closets, many suffering lacerations and lesions consistent with dogfighting, across multiple Manhattan, N.Y. buildings. One dead dog was stuffed into a freezer.

The defendants reportedly forced these poor dogs to fight for their lives in an underground dogfighting ring. Investigators discovered the detestable conditions in which the dogs lived after an identity theft investigation warranted an animal-abuse case.

Jose Rivera, Evan Fuentes, Edward Johnson, and Benito Gittens are accused of training dogs to fight, finding animals and locations for dogfights, and euthanizing dogs without a veterinarian or veterinary technician license in the state of New York.

The prosecutors must fight for an appropriate punishment in response to these four men’s heinous actions, including a lifelong ban on having animals.

Sign this petition urging the Manhattan District Attorney to pursue this case to the fullest extent of the law.