SIGN: Justice for 25 Horses Shot To Death in National Forest 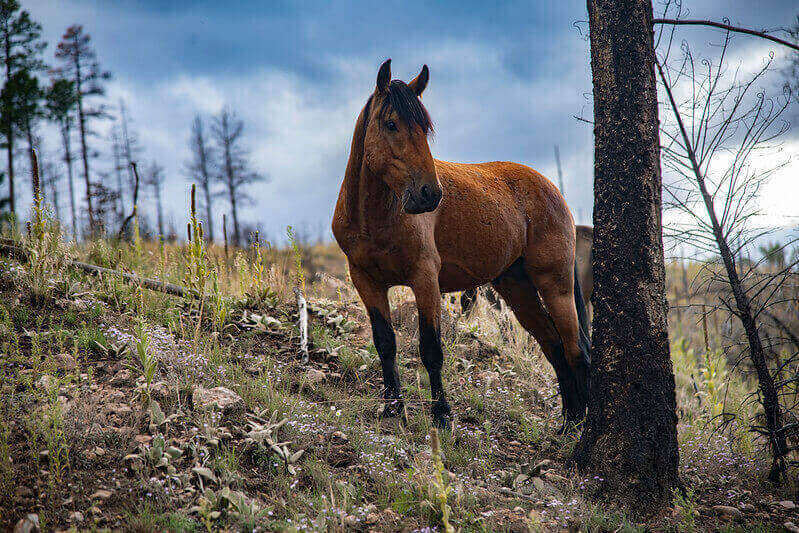 At least 25 horses were callously shot to death on federal forest land in the Apache-Sitgreaves National Forest in Arizona.

While forest officials have classified the corpses as “feral” horses, they also have recognized that no horse deserves to be shot to death for simply existing.

A deputy forest supervisor told local news that animal cruelty charges could apply and that the agency is actively investigating. The supervisor also condemned the tragic mass killings, which he said were “not something we think is ok,” according to local news reports.

Horses — regardless of how humans classify them — are highly intelligent, sentient animals who deserve to live their lives in peace with their herds.

Whoever brutally killed these horses must be held accountable.

Sign our petition urging Apache-Sitgreaves Forest detectives to use all resources available to identify the killer(s) of these horses, to forward all applicable animal cruelty charges on to a prosecutor, and to push for maximum accountability.