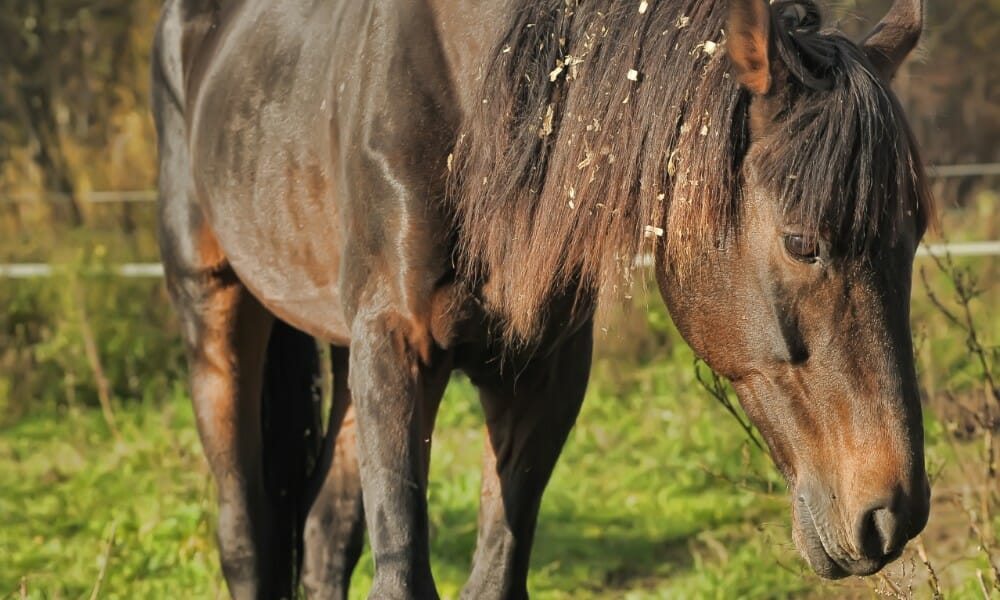 A horse suffering from severe and untreated injuries at a privately run Colorado horse stable was so horrifically emaciated that veterinarians called in had to euthanize on the spot. But this innocent horse was just one of more than 140 languishing in neglect who were seized by authorities, including 18 permanently injured, lame, and ill horses who now have to be medically retired, according to Denver7.

The Grand County Sheriff’s Office (GCSO) began investigating Snow Mountain Stables with the help of the Colorado Humane Society after allegations of animal abuse and cruelty surfaced, including a complaint about two dead horses visible in a pasture. During the investigation, a field investigator identified a dead horse, at least 85 horses who did not have adequate access to water, and another 22 horses who were underweight.  Several more innocent horses had untreated leg injuries and overgrown hooves, according to the field investigator.

The conditions were so bad that authorities seized 144 horses from the site. Another 38 of the animals who survived their ordeal in “adequate condition” were returned to their owner.

Authorities issued arrest warrants for ranch manager Derek Michael Zurface, 35, and ranch hand Theresa Adeline LaGrande, 23, for 91 counts of misdemeanor cruelty to animals and three counts of felony cruelty, according to Denver7 and a news release from the sheriff’s office.

Whoever left these innocent horses emaciated, with untreated medical issues, and without appropriate water must be held accountable for those careless actions.

Sign this petition urging Grand County Interim Attorney Maxine LaBarre-Krostue to aggressively prosecute those responsible to the fullest extent of the law to send a clear message  that Grand County has a zero-tolerance policy for animal neglect, cruelty, and abuse.