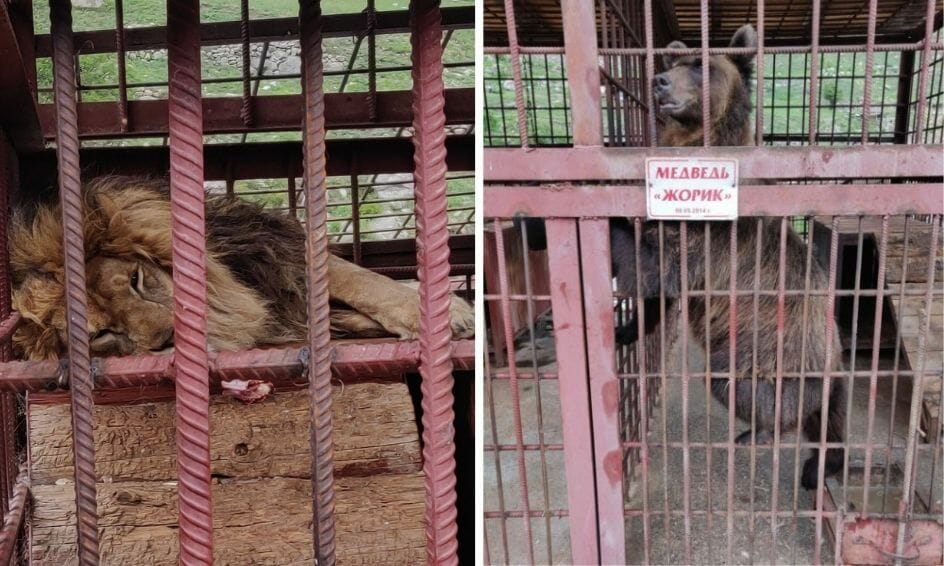 A Russian restaurant in the region of Kabardino-Balkarian Republic is holding a lion and bear captive in miserable conditions. The neglected animals are suffering day in and out in cramped metal enclosures with a hard concrete floor and no space to move, roam, or act naturally.

An eyewitness informed LFT of the sad plight of these helpless animals after visiting Cafe Karavan. The animals are caged directly next to the restaurant for people to look at. They have zero interactions with other animals and live a lonely, dejected life.

In these exclusive eyewitness photos, a skinny lion and bear live side by side in barren cages. A small vat of murky water is visible along with an open crate that is too small to provide adequate shelter from the elements. 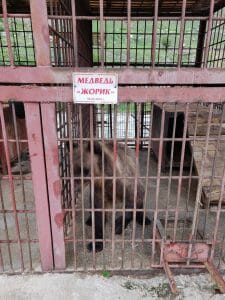 The animals have likely lived in cages all of their lives. They are fed and looked after by the restaurant owners, who inherited them. The original keepers are unknown. 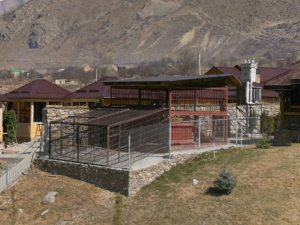 It is time to save these poor animals from this life of misery.

Sign this petition urging Russian Ambassador to the US Antonov to take action by demanding that these beautiful animals be freed from imprisonment and rehomed to a sanctuary to live in peace and freedom.