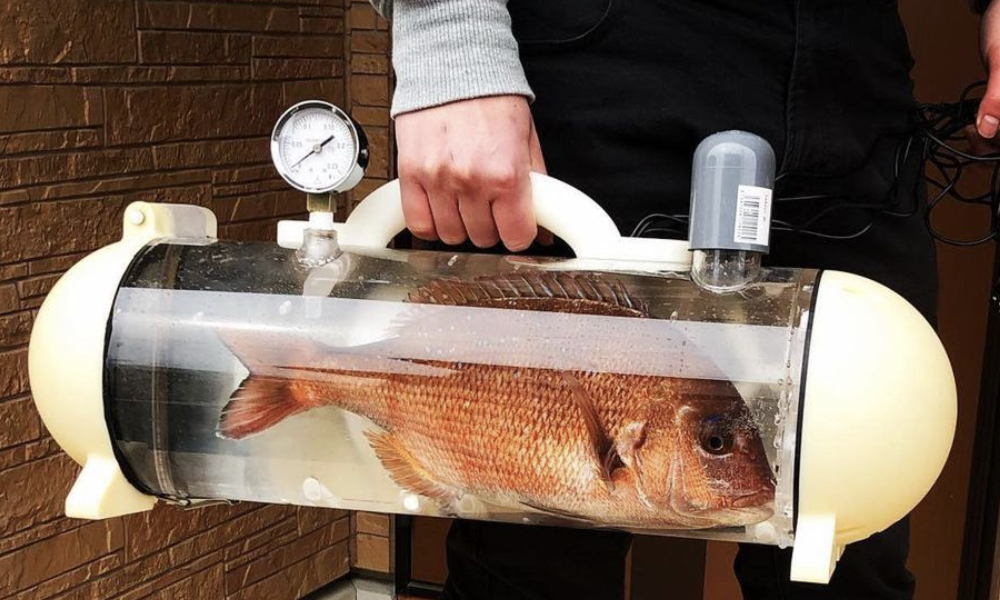 Fish could become the victims of a cruel invention that traps them in an enclosure barely bigger than their bodies for people who want to take their dinner home alive, according to LADbible.

MA Corporation, the company behind the atrocious creation, posted the prototype — a small, see-through capsule — on their Instagram with a caption: “Bring the fish you caught and the live fish you bought at the market to your home” (now removed).

Fish — who have the capacity to feel pain and develop complex relationships — are incredibly sensitive to sound and external vibrations, so being carted around outside in glass containers would likely be terrifying for the animals.

The cruel contraptions, which also are meant to show the fish off like accessories, are also horribly exploitative.

“Fish do feel pain,” according to biologist Victoria Braithwaite. “It’s likely different from what humans feel, but it is still a kind of pain.”

All animals deserve protection from pain and suffering. And this is a modern day torture device for fish.

Sign this petition to urge MA Corporation to end their plans to create a portable fish carrier.