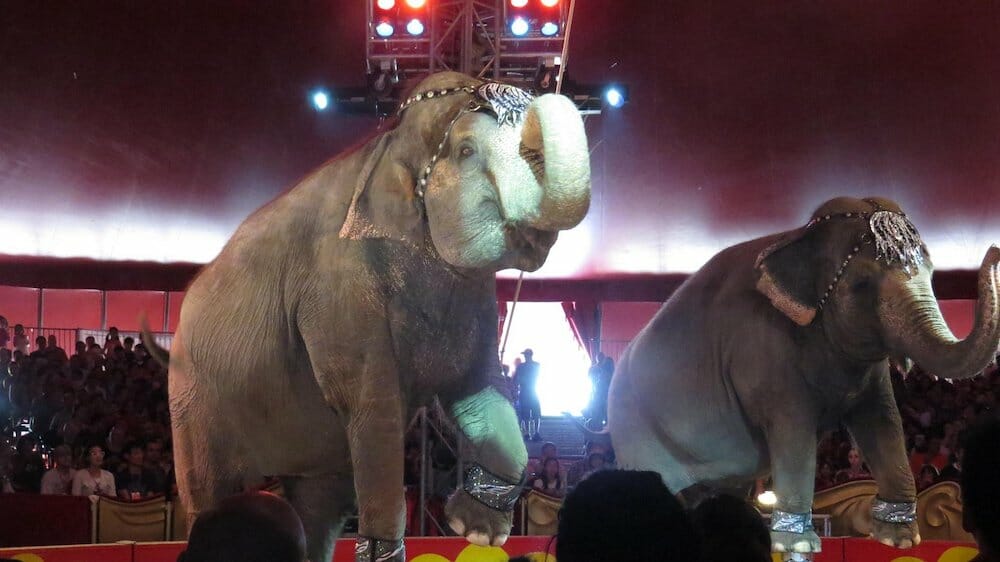 Circus elephants are jabbed with sharp, metal hooks, whipped into submission, and chained in place for hours on end just so they will perform demeaning tricks. Tigers and other exotic animals suffer similar abuses. Yet Shrine circus continues to use cruel elephant and big cat performances in their shows.

Many of the worst abuses occur during animal “training” sessions, when trainers at for-hire circuses use whips, bullhooks, and restraining ropes to force circus animals into unnatural movements or positions.

Sadly, these abusive aspects of circus life are not covered by the federal Animal Welfare Act (AWA), which provides only minimal protections for performing animals.

But Franzen Bros. Circus — which has leased many animals to Shrine Circuses nationwide — has repeatedly violated key portions of the AWA, including failing to provide their animals with basic nutritional needs, sanitary conditions, and veterinary care, according to USDA documents.

Animal cruelty is not entertainment, and this rampant abuse must stop.

Sign this petition urging Shrine Circuses to stop employing abusive for-hire animal circuses and end the horrific use of chains, whips, and bullhooks for these innocent, suffering animals.