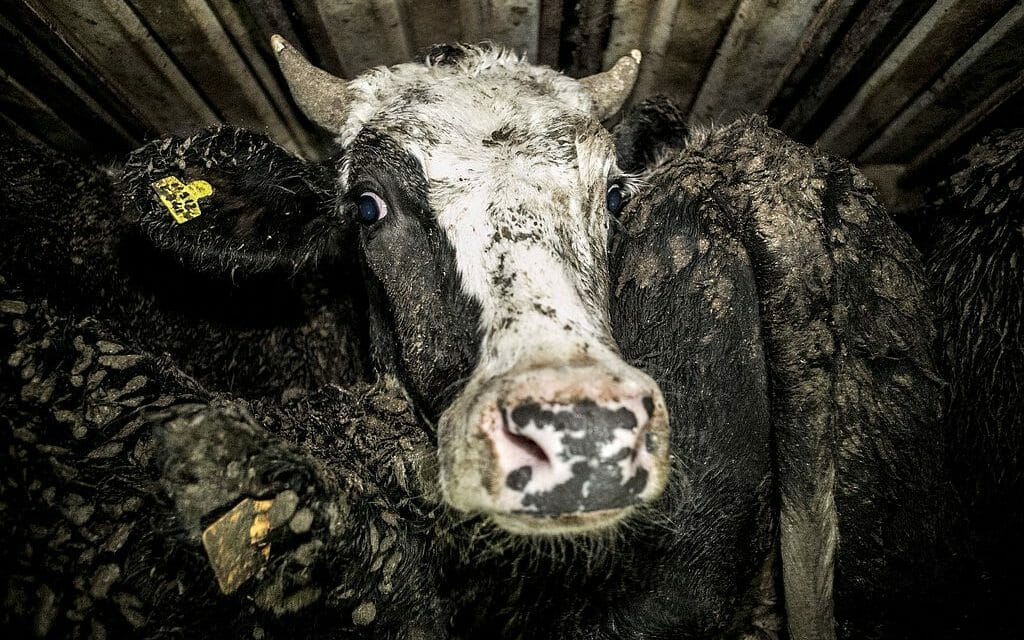 UPDATE (5/9/2022): The Parliamentary Committee of Inquiry on the Protection of Animals During Transport, in  recognizing the European Union’s transport system as “unsustainable,” has banned transport for unweaned animals less than five weeks old and for pregnant animals in the last third of their gestation. They’ve also limited transport times to eight hours, according to The Brussels Times. But the changes allow cruel exports of other live animals to continue — and this brutal practice must stop. EU Parliament has indicated a need for a general ban, according to DW. We urge the committee to continue to investigate thoroughly and urge member states to end this cruel and illegal practice.  —Lady Freethinker Staff

Each year, more than three million animals from the EU are forced to endure the horrific journey of live animal export, matted and suffocating in their own feces for weeks, to then be gruesomely slaughtered in countries with little to no animal welfare laws including the Middle East, North Africa, and Singapore.

The EU must end this cruel practice; and shockingly, they’ve already banned it — they just blatantly ignore the law.

In an appalling display of complete disregard for animal protection and public trust, the EU has consistently violated this law for nearly 15 years.

In fact, the EU banned live animal exports in 2005 to countries that do not meet European animal welfare standards for handling, transport, and slaughter.  But the law is largely brushed aside. The European Parliament has discussed finally enforcing it, first in 2012 and again in 2019.  However, some members are still voting against the enforcement of laws protecting animals from the gruesome live export trade.

The situation is so dire, “Not one of the importing countries currently taking animals from Europe meets the EU’s standards for animal welfare,” according to Animals Australia. 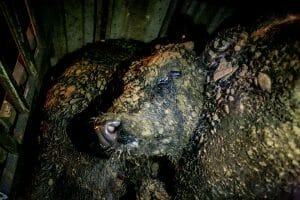 Photographer Roee Shprenick stated, “Calves for meat from Portugal arrived at Ashdod port in Israel after being stuck at sea for 26 days, covered in feces and some blinded by the ammonia fumes.”

This inhumane and illegal suffering must end.

Sign this petition to urge the European Parliament to finally enforce their own laws and end cruel live animal exports.