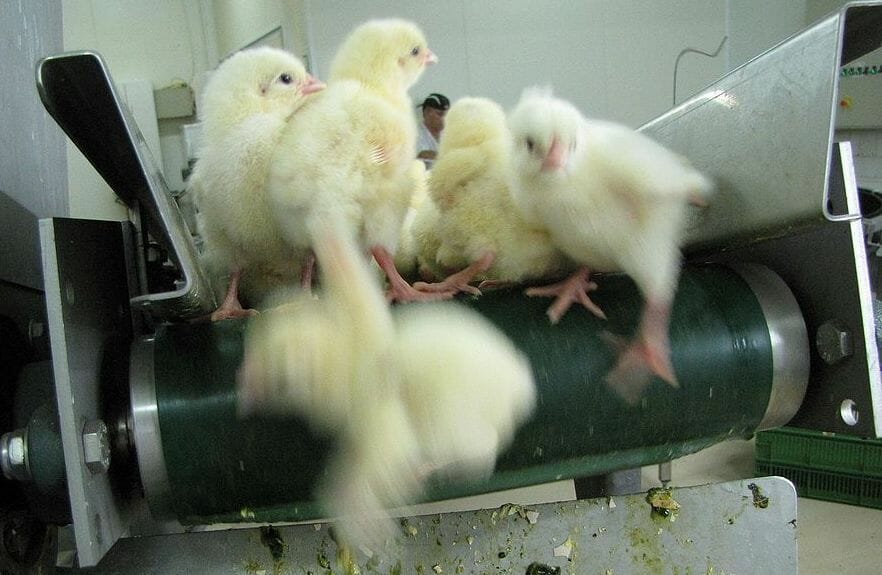 In the egg industry, baby male chicks are tossed into bone-crushing grinders, suffocated with toxic gas, or painfully electrocuted to death, all because they can’t lay eggs and aren’t profitable.

The practice of chick ‘culling’ or ‘shredding’ is so gruesome that even the United Egg Producers, which represents farmers responsible for 95 percent of U.S. egg production, want it to end.

“[We] support the elimination of day-old male chick culling after hatch for the laying industry,” the trade group said in 2016, setting the goal of ending chick shredding by 2020.

Sadly, life still ends before it ever truly begins for about 7 billion newborn male chicks every year, according to BBC, many of which come from the 340 million commercial laying hens in U.S. farms.

It’s clear that ending the horrific death of billions of baby chickens cannot be left to businesses that put profit over animal welfare. Government action is needed, and both France and Germany recently took steps toward banning chick culling by 2021. It’s time the United States does the same.

Sign this petition urging the USDA to call for a nationwide ban on chick culling and pursue the rapid development of in-ovo sexing technologies as a more humane alternative to killing male chicks right after they’re born.