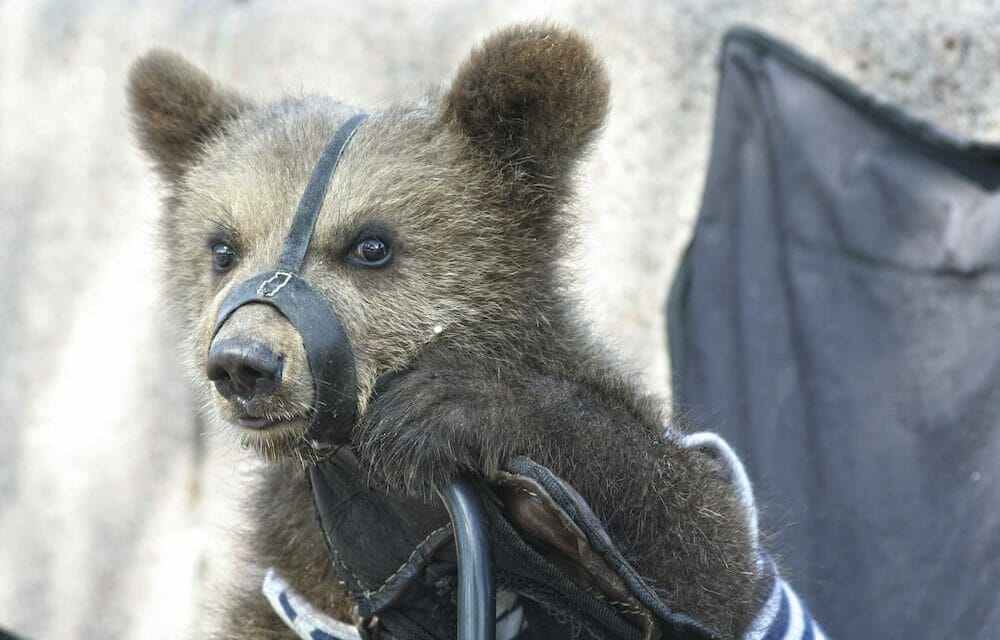 Held in captivity and forced to perform in a ring at the circus, an agitated bear attacked a pregnant trainer during a show in Russia, according to Mirror.

Staff lashed the bear multiple times with a whip during the attack, according to one eyewitness. Meanwhile, the trainer reported having “two scratches and a slight bruise” on her leg and that her baby was fine.

Despite the danger to all involved, animals continue to suffer for human “entertainment” in the circus. This is just the most recent in a series of attacks that show there is no safe and cruelty-free way to keep wild animals in captivity and force them to perform for circus goers.

Whipped and beaten into submission, helpless animals continue to be held prisoner at circuses. Confined to small spaces with little if any enrichment, they often go crazy from stress and not being able to do the normal things they would in the wild — from roaming to climbing to socializing with others of their kind.

No bear deserves to live a life of confinement and captivity. No wild creature should be forced to perform unnatural stunts for profit. This cruel practice is not only inhumane for the animals– it’s also unsafe for their human audiences, too.

Sign this petition urging the Investigative Committee of Russia to ban all circuses with live animals once and for all.