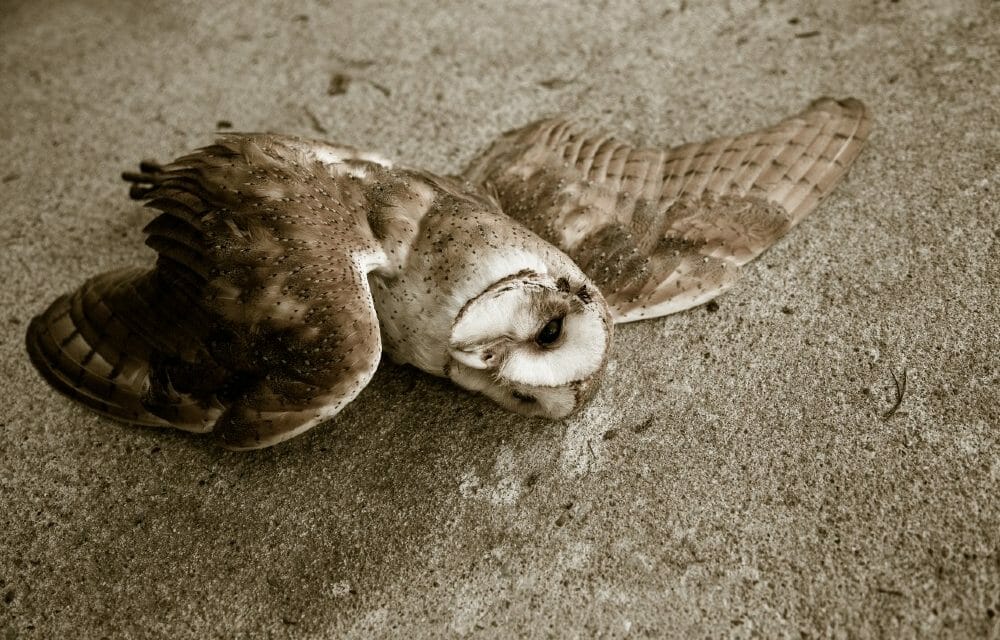 An endangered white-tailed eagle found dead likely suffered for days, slowly bleeding internally to death, according to experts in the United Kingdom who found brodifacoum, a highly toxic rat poison, in the bird’s system during a necropsy.

Meanwhile, in the United States, a red-tailed kite’s blood vessels burst from the same toxin, killing her painfully from the inside along with her egg, while necropsies of numerous dead owls and raptors showed hematomas or pools of un-clotted blood under their skin – as did foxes, raccoons, ravens, crows, geese, squirrels, bobcats, and mountain lions, according to documents from the Environmental Protection agency.

Brodifacoum is within a group of rodenticides known as second generation anticoagulant rodenticides (SGARS). Unlike their predecessors, SGARS are deadly in a single dose, but they kill slowly – taking between three to 14 days to cause the unfortunate mice and rats who eat them to bleed to death.

Birds of prey who pick up living, poisoned rats or carrion eaters – including eagles and  condors – who feast on the rats’ poisoned corpses also end up dying from the same ghoulish internal hemorrhages.

The UK, in 2016, relaxed restrictions to allow brodifacoum’s use outdoors, and birds of prey’s deaths have skyrocketed since – going from single digits each year in the period covering 2005 to 2019 to 25 deaths in the first half of 2021 alone, according to The Guardian.  One recent study in Great Britain revealed 92 percent of red kites and 91 percent of barn owls showed poison in their systems at the times of their death.

While the U.S. Environmental Protection Agency (EPA) ordered SGARs off the general market due to their grisly impact on the environment, wildlife, and the numbers of poisoned children who accidentally consume them each year, three major companies pushed back, and via a court ruling hinging on a technicality, SGARS – including those with brodifacoum– are still publicly accessible in products like d-Con, Hot Shot, Generation, Talon and Havoc.

As in the UK, the impact is undeniable and atrocious: In California alone, an estimated 79 percent of fishers, 78 percent of mountain lions, and 92 percent of raptors necropsied had the poisons in their systems at the time of their deaths, according to Audubon.

Birds of prey and other innocent animals don’t deserve to die for people’s “convenience.” There are numerous other alternatives out there that don’t involve these fatal, slow-acting poisons.

Sign our petition urging the U.S. EPA and the UK’s Health and Safety Executive to push for a full ban on these poisons’ use and any needed intermediate steps, including canceling registration of these poisons, requiring use only as a last resort, and including accurate information on product labels of the deadly effects for birds and wildlife.