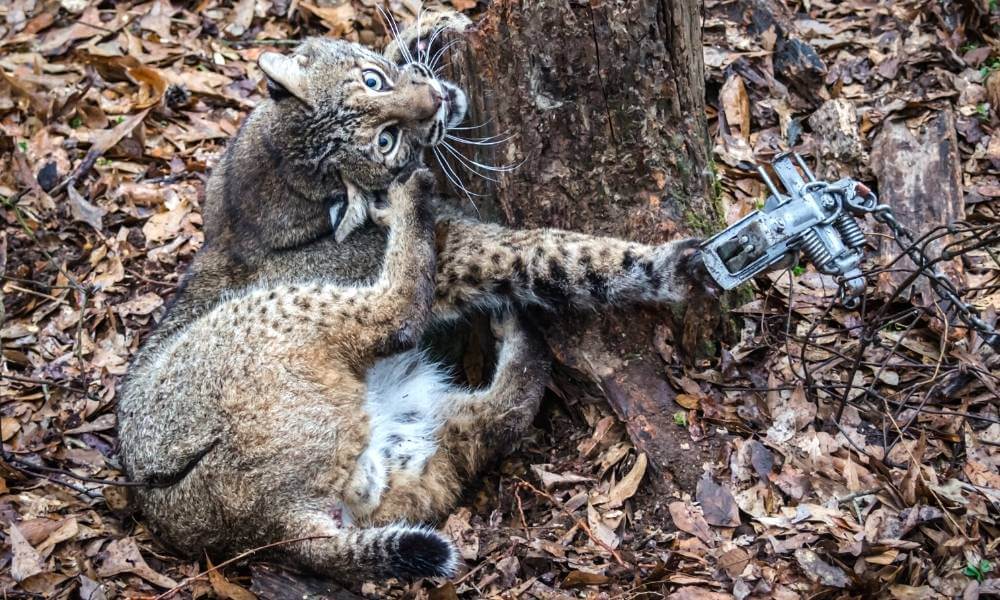 Every year, millions of animals caught in vicious and inhumane steel-jawed traps chew off their own limbs, break their teeth and bones in desperate attempts to escape, or suffer prolonged deaths from starvation and dehydration — a number that tragically also includes people’s companion animals who stumble into the indiscriminate traps.

‘Non-targeted animals’ can account for up to two-thirds of some trappers’ total catch, according to the American Veterinary Association.

More than 85 countries and the European Union have banned or severely restricted the use of steel-jaw leghold and Conibear traps — spring-powered devices designed to crush. But the United States hasn’t, allowing these needlessly and hauntingly cruel traps to continue to snare innocent victims.

But The Public Safety and Wildlife Protection Act, introduced in the House of Representatives by Congresswoman Alma Adams (D-NC), could provide the first legislative step toward eradicating their use.  While the legislation would not supersede a given state’s trapping regulations, the bill would ban the import and export of these deadly torture devices and so end their sale across state lines.

It is past time for the United States to do more to protect innocent wildlife who suffer in these cruel traps.

Sign our petition urging House Speaker Nancy Pelosi to throw her full support behind this bill and bring it to the House floor for a vote.