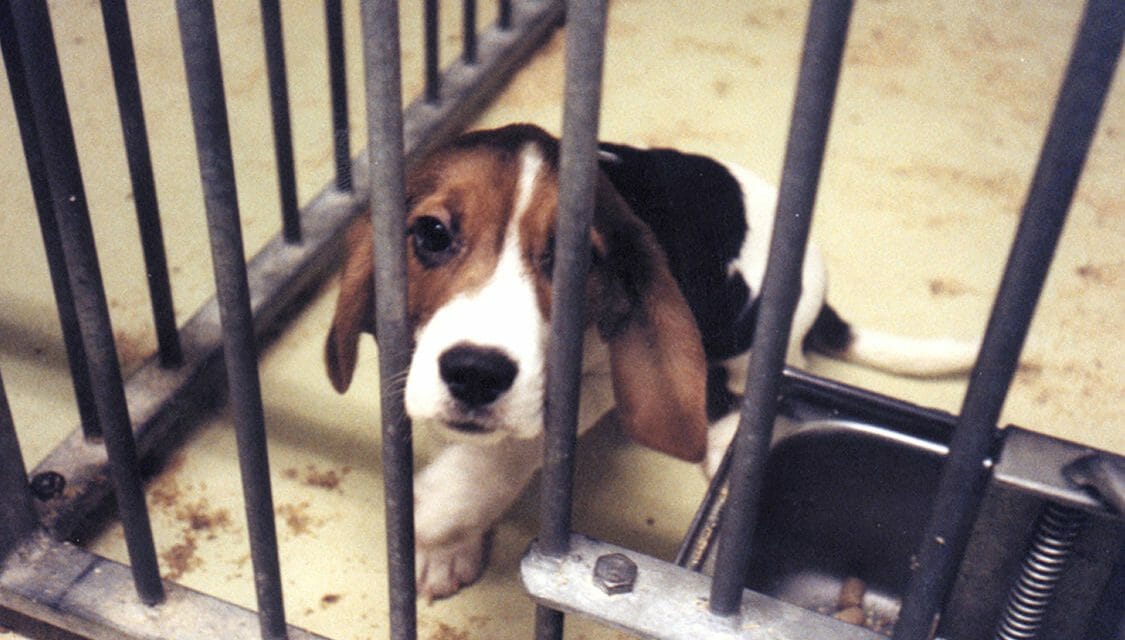 Beagles are used frequently in animal experiments due to their kind and loving nature. (Photo Courtesy of Animal Defenders International)

This Saturday, April 24, is World Day for Laboratory Animals — a sobering reminder of the millions of nonhuman animals that endure unnecessary, brutal, and often deadly experiments in the name of consumer “safety.”

In an effort coordinated by Animal Defenders International (ADI), a growing number of scientists, politicians, and celebrities — including comedian Ricky Gervais and actress Dame Twiggy Lawson —  are calling to replace outdated and unsafe animal tests with human biology-based alternatives.

“Animal testing is not a practice that belongs in the 21st century,” Gervais said in a press release statement.  “Experiments can see animals caged, strapped down, have viruses forced into their airways or chemicals dripped into their eyes. It’s cruel and inhumane, and it’s unnecessary when advanced methods are available that do not rely on animal suffering.”

In just 12 months, more than 780,000 animals — including dogs, monkeys, pigs, and rabbits — suffered or died in experiments, according to government statistics cited by ADI, a nonprofit dedicated to ending animal abuse and exploitation.

The nonprofit added that the number of victims is actually tens of thousands of animals higher — as that already horrific number doesn’t include the countless mice, rats, birds, and fish that don’t have to be “counted” as victims under existing tenets of the Animal Welfare Act.

The statistics also don’t show the brutality of the tests animals endure, with more than 56,000 of the animals used in Category E experiments — a classification reserved for procedures where animals endure extreme levels pain and stress without any form of tranquilizers, pain relief, or anesthetic.

Examples of Category E experiments include shocking animals, depriving animals of food and water or exposing them to extreme temperatures for long periods of times, and lethal dose tests — where animals are forced to ingest toxic substances until they die.

The tests are not only cruel but also ineffective. More than 90 percent of drugs that pass animal tests for safety end up failing when they hit human clinical trials, largely due to genetic differences. Some examples cited by ADI:

Jan Creamer, president and founder of ADI, said it’s high time that the Food and Drug Administration amends its outdated rules, which currently require animal tests for new drugs, and shift instead toward the proliferation of human biology-based testing methods now available, including human tissue models and bioprinting of 3D organs models.

“It’s especially concerning that in the last year we’ve seen repeated animal testing for COVID-19 treatments that are already being used in huge numbers on people in hospitals,” she added. “This kind of redundant practice shows complete disregard for the suffering, trauma, and stress that animals go through in labs around the world.”

While championed by animal welfare advocates for decades, the need to invest in human biology-based innovations as a truly safer solution now also is on the radar of several politicians.

HR 1905 — also known as the Alternatives to Animals for Regulatory Fairness Act, or AARF — would allow drug manufacturers to opt for non-animal testing methods to ensure the product’s safety and effectiveness.

This critical bill currently is in committee. To help make a difference for animals used in these gruesome tests today, please email the House Energy and Commerce Committee in support of HR 1905. 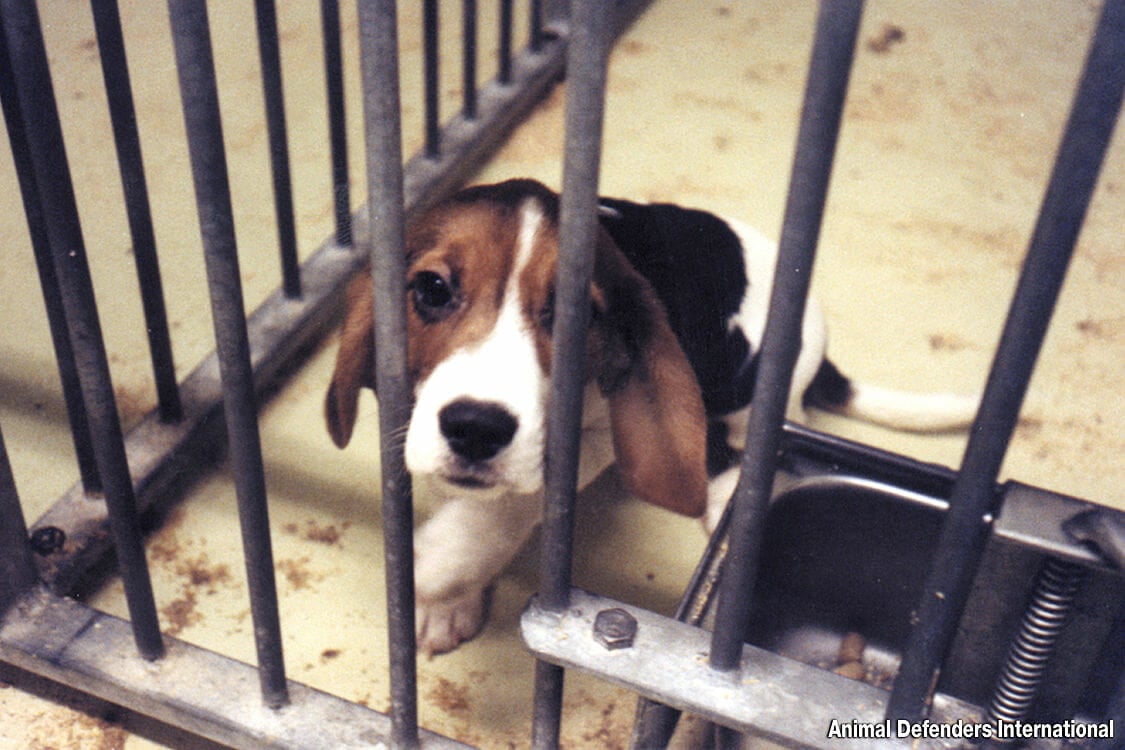