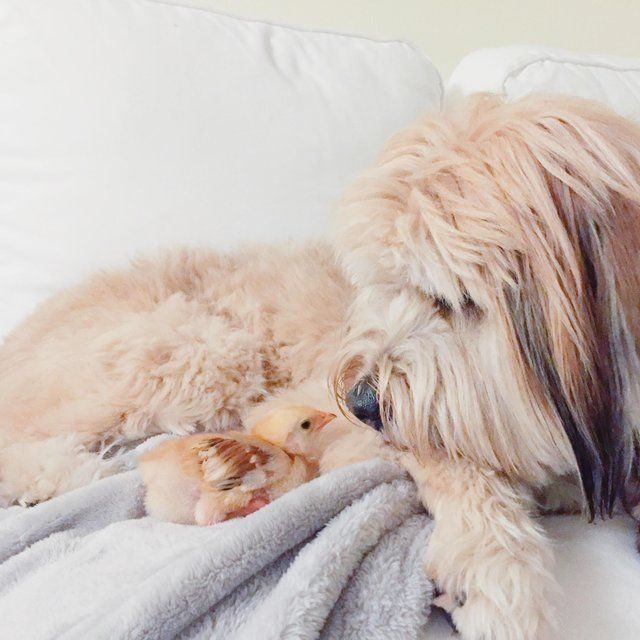 Minnow and Chickpea were in trouble. Serious trouble.

Minnow was set to be sold and slaughtered for dog meat, and Chickpea was lost, all alone and separated from the other baby chicks. Fortunately, because of some good Samaritans, both have been rescued and have since developed an unexpected amity for one another. 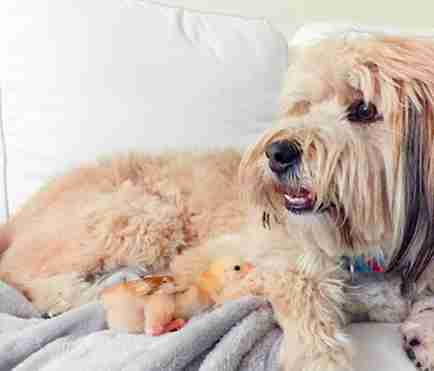 Last year, Minnow was one of 23 dogs rescued from a dog meat farm in South Korea. But from the moment she set her paw to ground at the Animal Welfare League of Alexandria in Virginia, she had a home.

Deputy Director Abbie Hubbard and Minnow fell in love at first sight. “I can’t explain it any other way – we were just meant to be together,” she said.

Minnow is an affable dog that has enjoyed her time with Hubbard, getting along well with a diverse crew of other rescued animals and fosters. 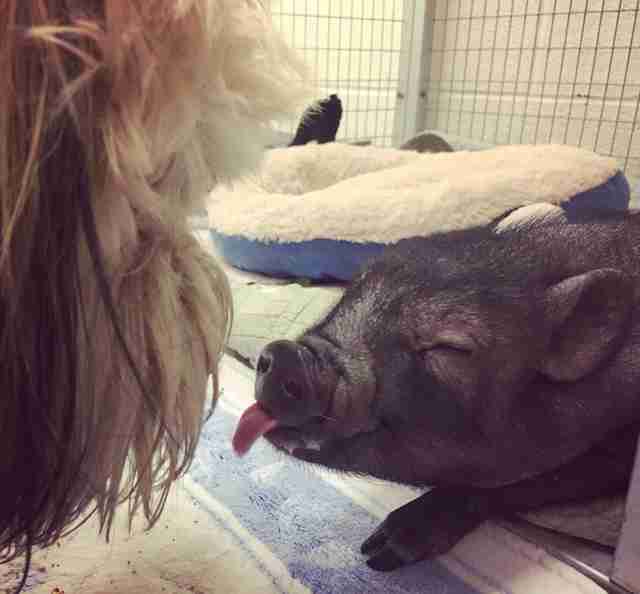 Chickpea (the chick) was spotted lost outside of a local business about two weeks ago– Hubbard also agreed to take Chickpea in. When Chickpea showed up though, Minnow was a bit hesitant– birds and beaks made her wary.

But Chickpea eventually won Minnow over- she persistently and affectionately followed her around the house until Minnow cracked and couldn’t pawsably put her off any longer. The two animals have since formed a unique and adorable bond. 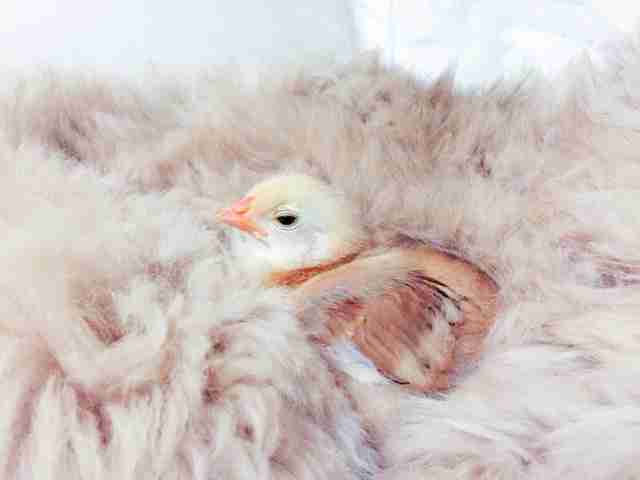 Millions of other dogs are not as lucky as Minnow. In Korea, China, and the other countries, millions of cats and dogs are brutally killed for human consumption every year. Even America is no safe haven- selling cat and dog meat is legal in most states.

Please sign this petition and urge Congress to outlaw dog and cat meat- it is a cruel, inhumane practice and the United States needs to take a stand.