Heartwarming news from the Elephant Sanctuary in Tennessee as one of their rescued elephants just celebrated her 70th birthday! This sweet gal is named Shirley and the folks at the sanctuary made sure that she felt extra important on her special day. Her caretakers made a big ’70’ out of bamboo and fresh flowers and produce, and they also baked her a very special vegan carrot cake layered with hay.

But Shirley’s life wasn’t always so happy. She was born in 1948 in Sumatra and captured from the wild forests of Asia when she was just a baby. She was immediately sold to a notorious U.S. circus and never saw her family again. In 1963, she was traveling with the other circus animals on a ship to Nova Scotia when the entire vessel caught on fire and several of the animals perished. Shirley was rescued but suffered severe burns and is missing a large chunk of her ear because of that fire. She also has several burn scars on her back, sides, and feet.

When Shirley was only 27, she suffered a horrible injury and a broken back leg while traveling with another circus. The injury never healed properly as several bones in her leg fused together, and as a result her back right leg is permanently disfigured. Since the circus could no longer use an elephant with only three working legs, they sold her to the Louisiana Gardens and Zoo. 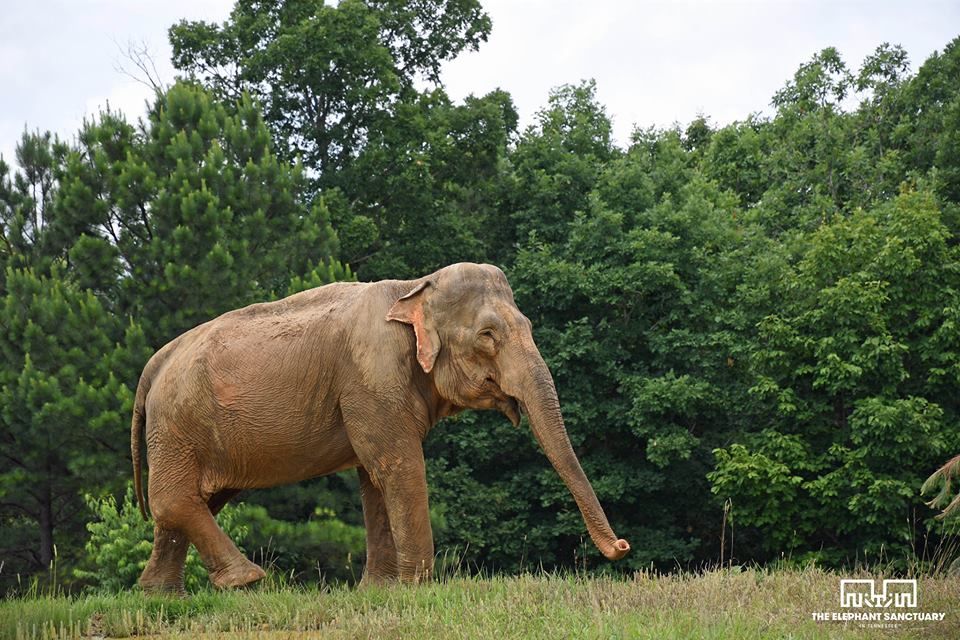 The zoo tried their best to take care of Shirley, but since she was the only elephant at the zoo she was often very lonely. The Louisiana Gardens and Zoo eventually realized that they did not have the proper space to house an elephant and they knew the right thing to do was to send her to sanctuary. So in 1999, Shirley arrived at the Elephant Sanctuary in Tennessee, where she reunited with one of her former elephant friends from the circus, Jenny.

Sweet Shirley now lives the care-free life as she explores the sanctuary grounds and spends time with all of her elephant friends. Being an older elephant, she often needs specialized medical care, and she is the inspiration for the new Elephant Health Care Center which, will be built at the sanctuary. 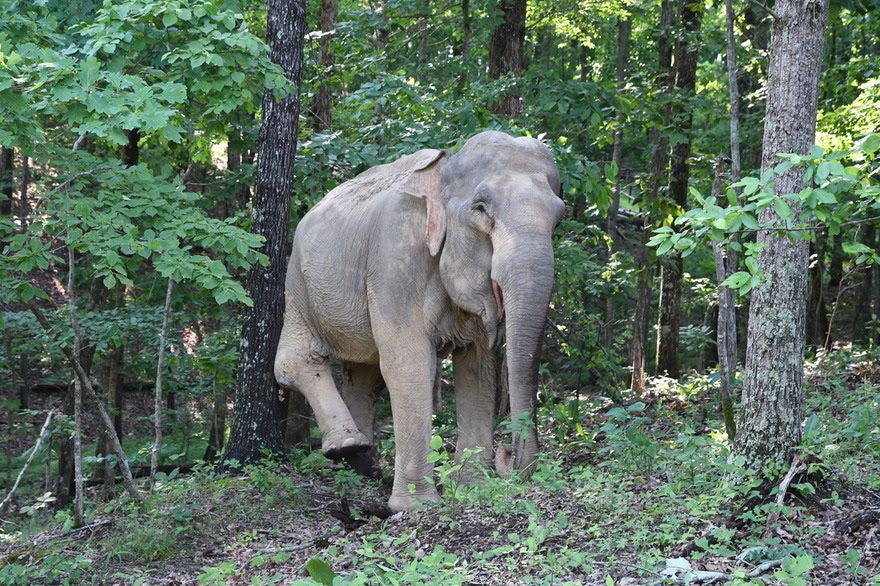 The Elephant Health Care Center will be outfitted with innovative modern veterinary equipment, and enable the sanctuary’s veterinary team to conduct in-house lab testing and analysis. It will also allow continuous care and close observation of elephants with special medical needs. This modern facility will be specifically designed to meet the needs of aging captive elephants.

Shirley is the oldest elephant at the sanctuary and the third oldest Asian elephant in North America. Happy birthday precious Shirley — you’re a very special elephant, and we love you!