Rare Bat Believed to Be Extinct Discovered in Rwandan Rainforest 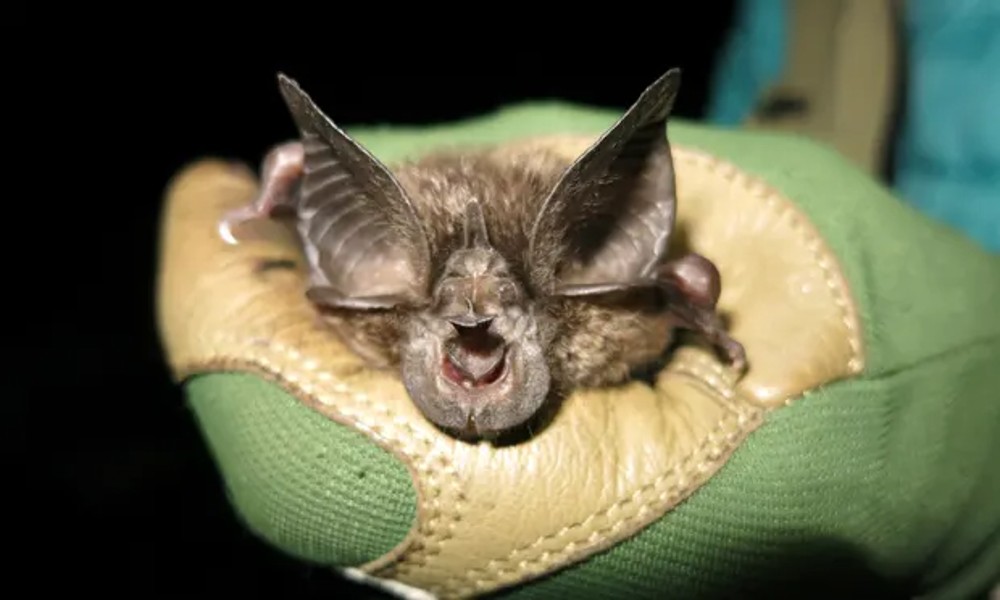 A rare bat not seen since 1981 and formerly believed to be extinct has surfaced in a remote Rwandan rainforest, in a discovery conservations are hailing as “incredible.”

Conservationists first discovered the Hill’s Horseshoe Bat (Rhinolophus hilli), so named for a distinctive U-shaped nose leaf, inside a cave in the Nyungwe National Park in Rwanda during a 10-day expedition in 2019.

Although the bat’s features instantly alerted them that the tiny creature was special, it took more than three years to verify the species.

The bat, which also has large ears and flaps of skin on the tiny face, had been listed by the International Union for Conservation of Nature (IUCN) as being critically endangered in 2021.

So conservationists with Texas-based Bat Conservation International (BCI), which has partnered with the Rwanda Development Board and the Rwanda Wildlife Conservation Association to survey the jungle since 2013, took extensive measurements and also obtained the first-ever recording of the Hills Horseshoe bat call before releasing the bat to freedom in the wild.

Then Jon Flanders, BCI’s director of endangered species intervention, ventured to a museum archive in Europe to compare their findings with the only other documentation of the species.

It was a match— and that finding is incredible since the bat has only been observed twice, in 1964 and 1981, Flanders told Lady Freethinker.

“Going into this project, we feared the species may have already gone extinct,” Flanders said. “It’s astonishing to think that we’re the first people to see this bat in so long.”

The entire project was geared toward finding the elusive bat, he added. Flanders said he and BCI Chief Scientist Winifred Frick were part of the 10-person expedition in 2019 that led to the discovery.

“Using cave survey forms that we provided the rangers before our visit, we surveyed as many caves and forest patches as possible in the 10 days and nights we were in the park,” he said.

The two individuals caught were released back into the wild in less than an hour after capture to minimize stress and allow them to live out their lives in the wild, Flanders added.

The findings also highlight the importance of conservation efforts within the Nyungwe National Park, said Eugene Mutangana, the conservation management expert for the Rwanda Development Board.

“These findings reinforce the importance of Rwanda’s committed stewardship of Nyungwe National Park as a global biodiversity hotspot and our conservation efforts, including implementing species management actions,” Mutangana said. “We look forward to continuing this collaboration with BCI, RWCA, and the rest of our partners to find out more about the bat diversity in this incredible landscape.” 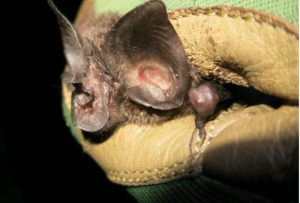 Scientists know next to nothing about the cave-dwelling denizens, including what the animals eat, where they roost, their population status, and whether they can live in degraded forests, according to NBC News.

But following the discovery, conservationists conducting a 9-month survey of 23 spots located Hill’s Horseshoe bat presence in eight locations within a small area – a beautiful glimpse of hope. The data has been published in the Global Biodiversity Information system to help ensure the species will be easier to find and identify in the future.

“Based on our work so far we know they have a very restricted range within the national park,” Flanders said. “We intend to travel back to Rwanda this summer and collect more information on them and work with the park to design specific management actions that will protect them into the future.”

The plight of this tiny species underscores a larger issue with bat conservation. Of the more than 1,300 species listed by the IUCN, about 40 percent are currently listed as endangered.

While some humans may fear the tiny animals, bats are important to ecosystems for many reasons, some of which include undeniable benefits for humans,  including pollinating and dispersing cash crops – like bananas, guava, cashew, dates, figs, sugar, corn, cotton, cacao, and agave.

Their poop, also known as guano, is a natural fertilizer with many benefits for landowners and communities. Fruit eating bats in the tropics also disperse seeds that can help restore cleared and damaged rainforests, according to BCI.

Flanders said the Hills Horseshoe Bat is unlikely to play a key role in ecosystem functioning because of the species’ rarity. But he said that bats are extremely good bioindicators, and the presence and stable population of bats also is a useful indicator of healthy, functioning ecosystems that benefit wildlife and humans.

Deforestation is a significant threat across all of Rwanda, and even in Nyungwe National Park trees have been lost due to agriculture, mining, and fires, he said.

“The rarity of Hill’s is part of a larger issue we have in maintaining these healthy ecosystems,” he said.

He added that people who fear bats usually don’t know much about them — or what they know is false.

“For me, it’s not a case of deserving to be here,” he said.  “It’s our responsibility to protect biodiversity on earth, as it is our actions that are putting them at risk of extinction. Bats in general provide enormous ecosystem services from seed dispersal, pollination, and insect pest reduction (to name just a few).”

The discovery of the Hill’s Horseshoe Bat has inspired a race against time to save the species from extinction, Flanders added.

“Now our real work begins to figure out how to protect these species long into the future,” he said.

While BCI and their partners in Rwanda are coming up with a plan to protect the Hill’s Horseshoe Bat – including surveys for a georeference database, training rangers to conduct acoustic monitoring of the bats, and learning about what the bats eat and threats to their survival – there’s also several actions that people like you can take to protect bats. 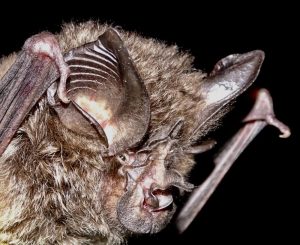