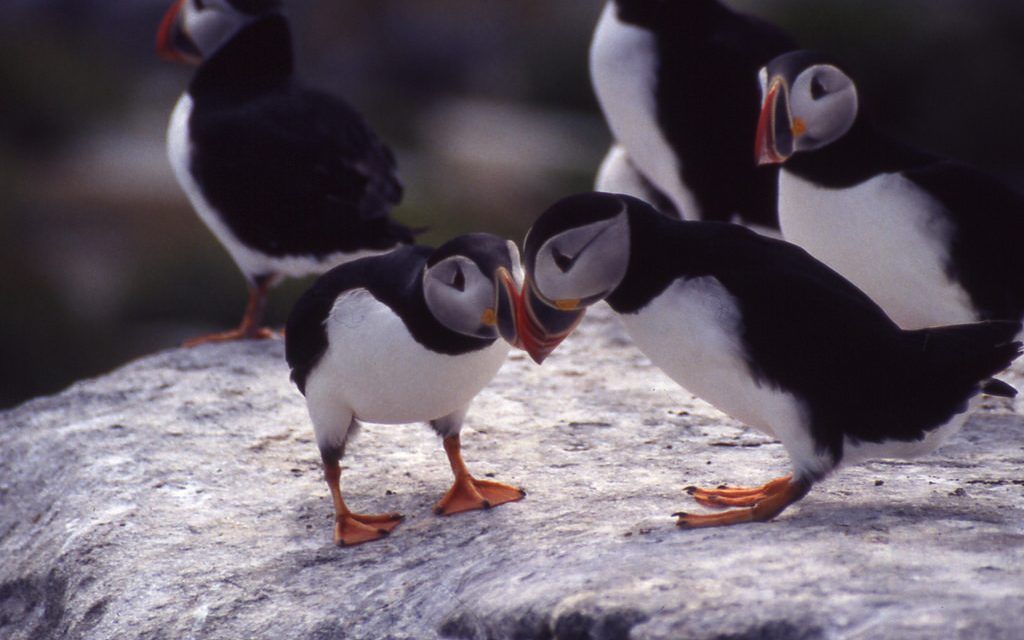 A group of dedicated wildlife professionals and volunteers is taking action in Newfoundland to rescue hundreds of puffins and petrels. The young birds are getting disoriented and stranded in large numbers because of light pollution from nearby cities and towns.

Every night from August to October for almost ten years, the Canadian Parks and Wilderness Society (CPAWS) has led groups of volunteers to monitor the the area along Witless Bay on the eastern coast of Newfoundland. In 2017 alone, the group saved 730 puffins and several hundred petrels.

CPAWS took the reigns from a a vacationing German couple that initiated the effort and enlisted schoolchildren to help them several years prior. Since CPAWS started helping facilitate the program it has grown substantially.

CPAWS’ approach is holistic. For example, according to Kathy Unger, a conservation coordinator at CPAWS, “[Today the program] involves local businesses like whale watching companies that voluntarily let us use their boats to take the puffins out on releases. We have people from around the world emailing us about [how to get involved]. We also work with seabird biologists from the Canadian Wildlife Service who measure and tag the birds before release.”

Additionally, they have reached out to the local electric company and are going to local residences to encourage people to use lights that are less disruptive.

Light pollution is a problem for birds and wildlife everywhere. Migratory birds are often attracted by unnatural light into urban areas. This drains them of crucial energy they need for their long, intense migrations. On many occasions they fly into buildings and are are killed on impact.

Fortunately, CPAWS and other groups are taking action. In Toronto, Canada an organization called FLAP (the Fatal Light Awareness Program) was started 25 years ago with a mission of reducing window collisions and life-threatening dangers that birds face from human-created environments. In New York City, the local chapter of the Audubon Society monitors buildings in Manhattan for collisions during spring and fall migration as part of their Project Safe Flight initiative. The national Audubon website highlights similar programs across the country. As birds face mounting challenges, they will need as much support and protection as possible.